After developing his Elliott wave theory, Ralph Nelson Elliott observed that the wave patterns relate to the Fibonacci sequence. The Fibonacci sequence is a series of numbers created by adding the sum of the previous two numbers to create the next number in the sequence:

In trading, Fibonacci ratios are more commonly used than the Fibonacci numbers themselves. You create these ratios by dividing one number in the sequence by another. The most significant of those ratios is the golden ratio, which you get (or get very close to) by dividing any number in the sequence by the number immediately preceding it. For example, 34/21 = 1.619. The actual golden ratio is 1.618.

You use the Fibonacci ratios in conjunction with Elliott waves as potential price levels for impulse and correction moves to begin and end.

The most common Fibonacci ratios used in trading are 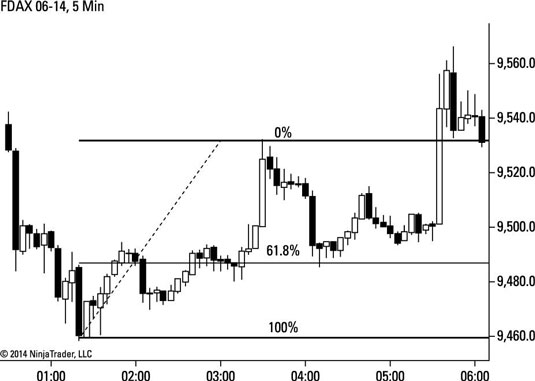 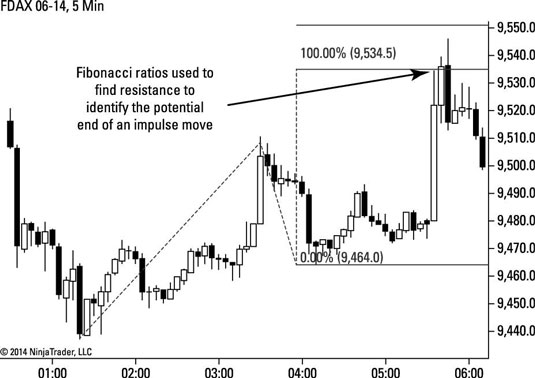