The Founding Fathers of Machining

Explore Book Buy On Amazon
Such a wide variety of machine tool types and brands have existed over the past two centuries that it's impossible to name a Henry Ford equivalent, someone responsible for "inventing" the industry. (Of course, Henry Ford invented neither the assembly line nor the automobile, although it's unlikely the auto industry would be where it is today without him.)

As with most technologies, machine builders have stood on the shoulders of those who went before them, continually improving their wares while making others obsolete, and generally driving the industry in a forward direction. Take a walk through any used machinery warehouse and read the nameplates attached to the equipment there: You'll see names such as Landis, LeBlond, Ingersoll, Davenport, Bullard, Bliss, Swasey, and others — people who left behind lasting machine tool legacies and collectively brought us to where we are today. In no particular order, here are a few of their stories: 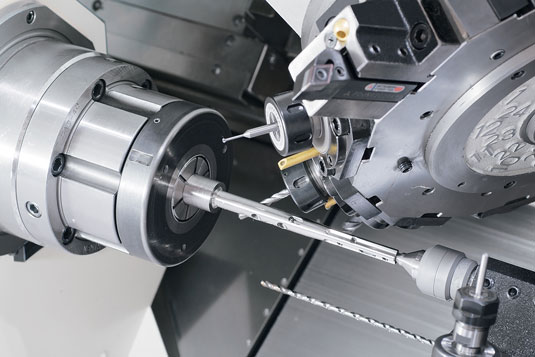 Despite its advanced features, Henry Maudslay would recognize this modern lathe as a direct descendant of his now two-centuries-old invention. 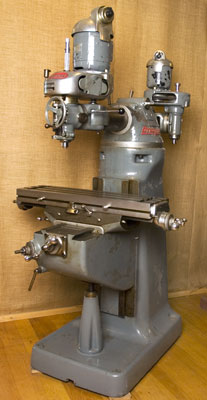 Tens of thousands of Bridgeport knee mills and nearly identical clones have been produced over the past 80 years. This one in the American Precision Museum collection is Serial Number 1.
Do a quick Google search and you'll find many additional contributors to machining and machine tool history. For example, John "the Ironmaster" Wilkinson's invention of the boring machine in 1774 made the steam engine commercially feasible, laying the foundation for the Industrial Revolution yet to come.

In 1818, Thomas Blanchard gave us the copy lathe; in 1836, James Nasmyth invented the shaper. Twenty-two years after that, Ebenezer Lamson purchased the assets of the Robbins & Lawrence Company, paving the way for the establishment of one of the world's most well-known machine tool manufacturers, Jones and Lamson. Engineer George Gridley worked there for a while, then left to design his own automatic screw machine — the now equally famous Acme-Gridley brand.

Starting around 1850, Joseph Brown and Lucian Sharpe combined their last names to begin a company that would develop a wide array of machine tools and tooling, including cam-driven automatic screw machines, turret lathes, and inspection tools — think of them the next time you pick up vernier calipers to measure a part. Brown and Sharpe also invented the universal milling machine, which added a third axis to the heretofore two-axis mills.

William Davenport worked there for 12 years (and likely designed the company's first screw machine) before leaving to start his own company. He then developed a five-spindle screw machine that he of course named after himself — visit most any screw machine house and you might see one of his drab gray Davenport multi-spindles still at work there.