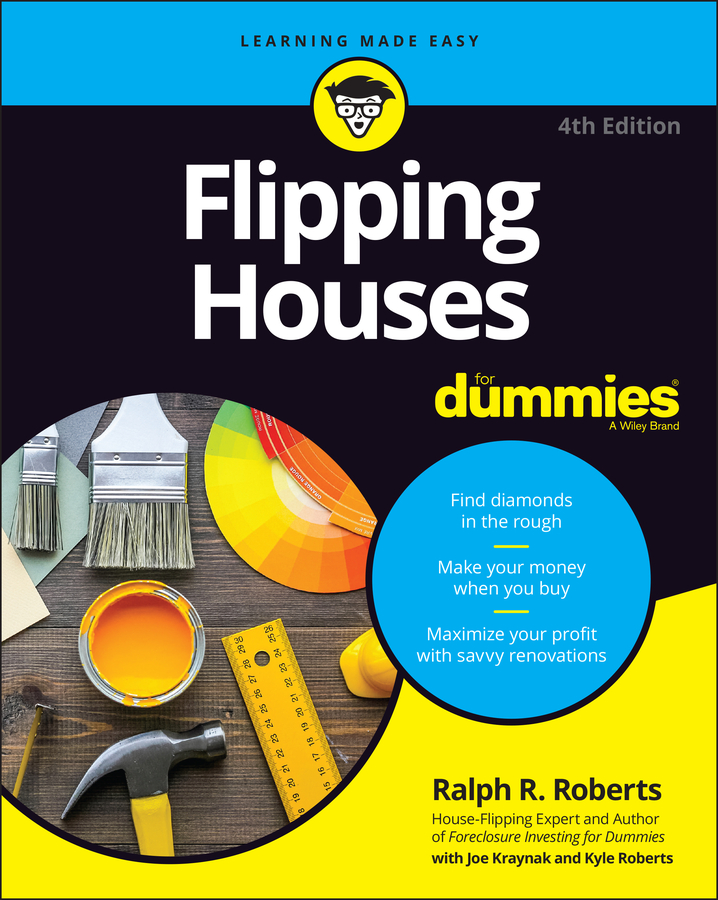 One important rule in house flipping is to never over-improve a property. Research similar properties in the area to determine the fair market value for the house you're flipping, and then plan your repairs and renovations to improve the property to that point or slightly better. You're likely to have trouble selling a $350,000 property in an area where the best houses are selling for $275,000.

Remember the lesson conveyed in this story from a top professional in the house-flipping business:

I once purchased a property and then quickly resold it to an investor who planned on renovating the home himself and selling it at a profit. He was mechanically inclined; he worked in construction and moonlighted on nights and weekends doing repairs and renovations. The house was in average condition: It needed new carpet, some wall patching, painting, and a few other essential repairs. I estimated the repairs to cost between $8,000 and $10,000 — or perhaps less than that because the investor would be doing much of the work himself.

The property was located in a desirable area that was attractive to first-time buyers. For that kind of market, I usually invest just enough to make the house attractive and functional, leaving the upgrades to the buyers so they can perform renovations to suit their tastes. I usually install new carpet, new fixtures, and new cover plates for switches and outlets; give the place a fresh coat of paint; have the furnace inspected; and have the plumbing and electrical systems tested and repaired (if necessary). That way I feel good about selling a house to a young family buying their first home. The property had about $35,000 worth of equity in it, so the investor should have been able to earn at least $25,000 from the transaction even if he had hired out all the work.

Unfortunately, this particular investor got carried away. He put just about every upgrade you can imagine into the house. He installed high-end moldings and fixtures, and he gutted and installed both a fancy new kitchen (which was fine to begin with) and a new bathroom. He even epoxy-coated the garage floor (a wonderful feature, but definitely overkill).

The problem with repairing a house in this way is that no matter how many upgrades and amenities you toss into it, the house is still in a market that caps the value. He had repaired the house as if he were going to be living in it . . . and entertaining royalty on a regular basis.

He had his rude awakening when he listed the house for sale. To earn the profit he wanted, he set his asking price tens of thousands of dollars above the going price of comparable properties in the area, and nobody was interested, especially first-time buyers who were in the market for an affordable property. He wondered why. He invited me over to take a look around and explain to him why he couldn't sell the house.

This house was the nicest house I had seen in a long time and definitely the most beautiful house on the street . . . probably in the whole subdivision. I explained to him that he had renovated the house out of the market. To sell it, he would need to significantly reduce his asking price. He ended up selling the property for a net profit of about $3,000 (or $6.25 an hour based on how much time he invested in it).

What he took away from the experience was worth far more than the money he made. On a subsequent flip, he bought another wholesale property from me in the same neighborhood and netted just more than $19,000. I would say he learned his lesson. He sold the house within two months of marketing it to, you guessed it, a first-time buyer and his young family. They were excited to move into a fresh, "new," affordable house and thrilled with the prospect of making their own upgrades over time.