Explore Book Buy On Amazon
Beyond asking individuals for money, you must supplement your political campaign with other sources of income. The most obvious source is the traditional meet-and-greet fundraiser. Less obvious avenues for obtaining donations also are available, all of which are legal. 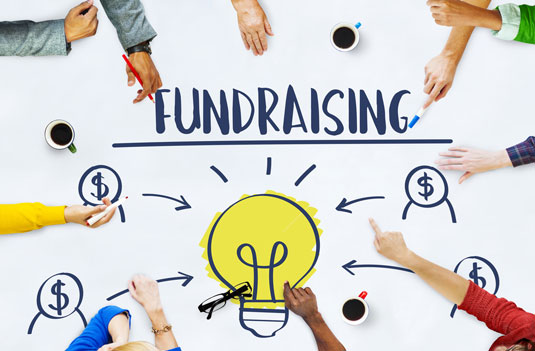 Put on a meet-and-greet fundraiser

A meet-and-greet event has two purposes. The first is to meet the voters, which is essential when you start campaigning. This technique works as it forms a lasting impression. The second purpose is to raise funds.

A successful meet-and-greet must be set up weeks in advance. Contact the host, who can be one of your volunteers or another supporter. Ask them to put on a neighborhood event. Provide them with as much support as you can, such as creating flyers or posting on social media. If possible, walk the neighborhood with your supporter to rally plenty of people to attend.

The host is responsible for providing snacks and drinks. You should offer to provide some as well, though most hosts are happy to provide the goodies. Ensure that plenty of campaign material is available to hand out as your host goes door-to-door.

To the event you bring campaign material and yard signs. Bring a basket or tray into which people can place donations. You might even “prime the pump” by placing some money in the basket. If you have donation envelopes, set them in the basket, though any small envelope will do.

During the event, be social. Ensure that you meet everyone. Be cheerful and positive. Remember people’s names. Practice your small talk.

At some point you’ll be asked to make a statement or prepare a speech. Be short and sweet with your message, and then open for questions.

Ensure that you thank everyone for coming. Above all, thank the host.

Ensure that you ask to appear at organizations to share your campaign message. Not every organization — specifically, nonprofits — can donate to a political campaign. Still, you want to get your message out. Every group you can meet with is a plus.

One reason to visit specific organizations, such as a group of realtors, builders, unions, or associations, is to obtain their endorsement. When you ask to meet with such groups, ask whether they plan to endorse someone in your election. You don’t need to ask about a donation; the endorsement often comes with the donation.

Fund your own political campaign

Election and campaign finance laws differ from state to state, but in most places it’s perfectly legal to fund yourself. Campaign contribution limits may apply to you, or they may not. And you might also be able to make your campaign a personal loan.

On the positive side, a donation to your own campaign is seen as a sign that you believe in yourself. Many political observers view a campaign loan, essentially seed money, as a good thing. It shows you have skin in the game.

On the negative side, do not completely fund your campaign. Many candidates do so because they don’t want to seem beholden to special interests (or so they claim), but the truth is that people don’t like asking for money. Yet, ask you must.