What Is Investment Banking? 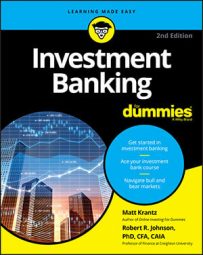 Explore Book Buy On Amazon
If you’re like most people, you probably figure investment banking got its start in a towering office skyscraper in New York City. But the real story of the origin of investment banking is far less metropolitan, yet arguably even more interesting. Investment banking traces its roots to the age of kings and queens. Many of the most commonly used financial instruments trace their origins to centuries ago when bankers navigated the edicts of rulers and, believe it or not, religious leaders. 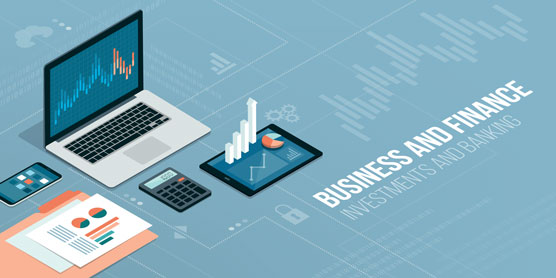 Investment bankers raise money from investors, by selling securities, and then transfer that money to people who need cash to start businesses, build buildings, run cities, or bring other costly projects to reality.

There are many aspects of investment banking that muddy this fundamental purpose. But in the end, investment bankers simply find opportunities to unlock the value of companies or ideas, create businesses, or route money from being idle to having a productive purpose.

Investment bankers get involved in the very early stages of funding a new project or endeavor. Investment bankers are typically contacted by people, companies, or governments who need cash to start businesses, expand factories, and build schools or bridges. Representatives from the investment banking operation then find investors or organizations like pension plans, mutual funds, and private investors who have more cash than they know what to do with (a nice problem to have) and who want a return for the use of their funds. Investment banks also offer advice regarding what investment securities should be bought or the ones an investor may want to buy.

The terms investments and securities are pretty much interchangeable.

The difference between traditional banks and investment banks, though, is the way money is transferred between the people and institutions that need it and the ones who have it. Instead of collecting deposits from savers, as traditional banks do, investment bankers usually rely on selling financial instruments (such as stocks and bonds), in a process called underwriting. By selling financial instruments to investors, the investment bankers raise the money that’s provided to the people, companies, and governments that have productive uses for it.

Because banks accept deposits from Main Street savers, those deposits are protected by the Federal Deposit Insurance Corporation (FDIC), which guarantees bank deposits. To protect itself, the FDIC along with the federal government puts very strict rules on banks to make sure they’re not being reckless.

On the other hand, investment banks, at least until the financial crisis of 2007 (see the appendix), were free to take bigger chances with other people’s money. Investment banks could be more creative in inventing new financial tools, which sometimes don’t work out so well. The idea is that clients of investment banks are more sophisticated and know the risks better than the average person with a bank account.

The dual role played by investment banking operations, serving both buyers and sellers of securities, raises constant worries of double dealing and conflicts of interest. Some people rightly question whether it’s possible for the same investment bank that makes money selling shares of an IPO, for instance, to give honest and unbiased investment advice to investors trying to decide whether they should buy or sell. The question of conflicts of interest in investment banking operations has become paramount since the financial crisis began in 2007.

How investment banks are organized

Investment banks may seem like financial behemoths that have their hands in just about any matter that involves large sums of money. And to a large degree, that’s true. Investment banks are usually involved in some fashion when it comes to financing major projects, conducting trading in financial instruments, or developing new ways to generate capital.

With that said, nearly all major investment banks divide their operations into several key areas, including the front office, middle office, and back office. When you talk to someone about investment banking, or even listen to the heads of investment banks talk, they’ll often refer to these three common parts of a traditional investment bank:

From the front office, investment banks help usher along the M&A process by pairing up buyers and sellers. The front office is also the part of the investment bank that conducts trading (frenetic buying and selling of securities to take advantage of any mispricings — even if the holding period is for only a few seconds).

Investment banks used to do some trading using complicated mathematical formulas and using the firm’s money (not the clients’ money). This type of trading is often called proprietary trading. Many investment banks used to operate a business where they bought and sold securities themselves. Proprietary trading was quite profitable for investment banks. But most types of so-called prop trading by investment banks were abolished in mid-2015 by the Volcker Rule. The rule is named after former Federal Reserve Board Chairman Paul Volcker. Volcker said risky trading put large financial institutions at risk. Such trading was blamed in part for the financial crisis of 2008. Investment banks will continue to wind down this part of their businesses into the early 2020s.

Another part of the front office is the part of the business involved in conducting research on companies. The front office often employs sell-side analysts, whose job it is to closely monitor companies and industries and produce reports used by large investors trying to decide whether to buy or sell particular securities.

Auction-rate securities are debt instruments that promise investors higher rates of return than are available in savings accounts. Instead of selling debt at a prearranged interest rate, the investment bank would conduct auctions, and the rate would be set by a bidding process. That’s great as long as there are willing buyers and sellers. But the auction-rate market relied on auctions, many of which weren’t successful during the financial crisis that erupted in 2007. Many investors holding the securities found they couldn’t sell them because the market had dried up, causing a huge headache for the investors and investment banks. Credit default swaps are tools that allow lenders to sell the risk that borrowers won’t be able to meet their obligations. Credit default swaps operate as a form of unregulated insurance policies. These instruments got so complicated, though, that they exacerbated the financial interdependencies between giant financial firms, worsening the financial crisis that erupted between 2007 and 2009.

The current lay of the investment banking land

After the tumultuous changes in the investment banking business following the financial crisis of 2007 through 2009, the entire landscape changed. Following the banking crisis, investment banks needed capital. Some of the most storied investment banks, unable to raise money, merged with other banks or became commercial banks themselves. Suddenly, the financial system was comprised of behemoth banks that have the deposit-taking abilities of banks but also engage in investment banking. The result is the formation of several mega-institutions that many people fear are “too big to fail,” including the ones shown in the table. Source: S&P Global Market Intelligence

Insiders in the investment banking business use all sorts of terms, some decidedly derogatory, to classify the players in the business. Some classifications that investment banks fall into include the following:

How investment banks get paid

As you can imagine, although investment banking plays an important role in funding economic progress, there’s also lots of money to be made. Investment bankers can’t afford those fancy suits if they’re not getting paid.

Investment bankers perform services for customers and collect money in a number of ways, include the following: