How to Negotiate an M&A Deal in Good Faith 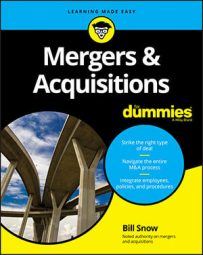 When someone fails to negotiate in good faith, that person is poisoning the well. Backtracking on a settled issue only serves to throw all the other settled issues into question. That’s akin to trying to reason with a child who agrees to one thing and then capriciously changes her mind if she senses she has a weak position somewhere else.

Of course, sometimes events occur during a negotiation that require one side or the other to go back on part of the deal. For a Seller, these events are typically called material changes. Material changes include losing a major client, being sued, coming under a federal investigation, and other changes that materially affect the business.

If Seller’s business takes a turn for the worse, especially if the change renders Buyer unable to close a deal, Buyer should let Seller know. In fact, both sides should immediately disclose any major bad news that may affect the closing of the deal.

All negotiators should hold themselves to a higher standard. Barring adverse material changes, you shouldn’t ask for a change in a negotiated term after you’ve already agreed to it. Honor your commitments and don’t allow the other side to renegotiate previously settled terms.

Bill Snow is an authority on mergers and acquisitions. He has held leadership roles in public companies, venture-backed dotcoms, and angel funded start-ups. His perspective on corporate development gives him insight into the needs of business owners aiming to create value by selling or acquiring companies.