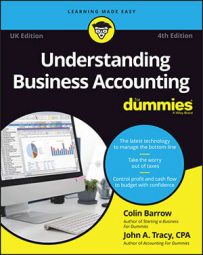 Any accounting system should establish and vigorously enforce effective internal controls — basically, additional forms and procedures over and above what’s needed strictly to move operations along.

These additional procedures serve to deter and detect errors (honest mistakes) and all forms of dishonesty by employees, customers, suppliers, and even managers themselves. Unfortunately, many businesses don’t put into place good internal controls, or they don’t seriously enforce their internal controls (they just go through the motions).

Internal controls are like highway truck weigh stations, which make sure that a truck’s load doesn’t exceed the limits and that the truck has a valid plate. You’re just checking that your staff is playing by the rules. To prevent or minimize shoplifting, most retailers now have video surveillance and product tags that set off the alarms if the customer leaves the store with the tag still on the product.

All businesses should put checks and balances into place to discourage dishonest practices and to prevent (as much as possible) the following:

The Sarbanes-Oxley Act of 2002 applies to public companies that are subject to the Securities and Exchange Commission (SEC) jurisdiction. Congress passed this law mainly in response to Enron and other massive financial reporting fraud disasters.

The Sarbanes-Oxley Act, which is implemented through the SEC and the Public Company Accounting Oversight Board (PCAOB), requires that public companies establish and enforce a special module of internal controls over their financial reporting. Although the law applies only to public companies, some accountants worry that the requirements of the law will have a trickle-down effect on smaller private businesses as well.

Smaller businesses might think that they’re immune to embezzlement and fraud by their loyal and trusted employees. Yet, in fact, many small businesses are hit very hard by fraud and usually can least afford the consequences. Most studies of fraud in small businesses have found that the average loss is well into six figures!