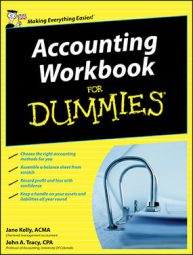 Bookkeepers can prepare a general journal for miscellaneous transactions that don’t fit in one of the four main journals for a business (Cash Receipts, Cash Disbursements, Sales, and Purchases). If you need to establish other special journals as the original points of entry for transactions, go ahead. The sky’s the limit!

If you keep your books the old-fashioned way — on paper — be aware that paper is vulnerable to being mistakenly lost or destroyed. In this case, you may want to consider keeping the number of journals you maintain to a minimum.

For transactions that don’t fit in the “big four” journals but they don’t necessarily warrant the creation of their own journals, you should consider keeping a General journal for miscellaneous transactions. Using columnar paper similar to what’s used for the other four journals, create the following columns:

If you have certain accounts for which you expect a lot of activity, you can start a column for those accounts, too. The big advantage of having a separate column for an account is that you’ll be able to total that column at the end of the month and just put the total in the General Ledger. You won’t have to enter each transaction separately. 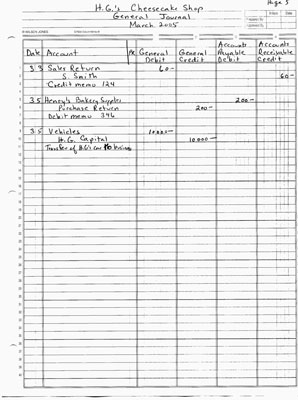 The point of entry for miscellaneous transactions is the General journal.

Many businesses also add columns for Accounts Receivable and Accounts Payable (as shown in the example) because those accounts are commonly impacted by non-cash transactions.

In a General journal, transactions need to be entered on multiple lines because each transaction impacts at least two accounts (and sometimes more than two). For example, in the General journal shown in the figure, the first transaction listed is the return of a cheesecake by S. Smith. This return of products sold must be posted to the customer’s account as a credit as well as to the Accounts Receivable account. Also, the Sales Return account, where the business tracks all products returned by the customer, has to be debited.

In addition to the five columns previously mentioned, the General journal in the figure has the following two columns: