For example, airlines are notorious for their high fixed costs. Airlines’ highest costs are typically depreciation, jet fuel, and labor — all costs that are fixed with respect to the number of passengers on each flight. Their most significant variable cost is probably just the cost of the airline food, which, couldn’t possibly be very much.

Therefore, airlines have ridiculously high operating leverage and unspeakably low variable costs. A small drop in the number of passenger-miles can have a dreadful effect on an airline’s profitability. 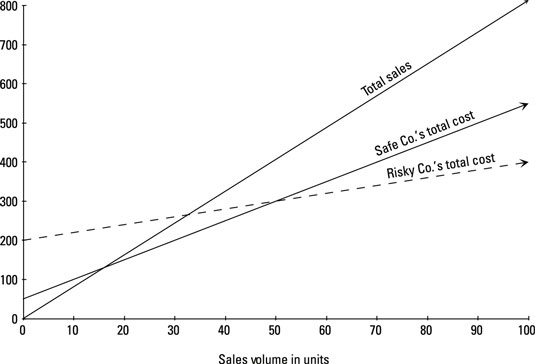 The formula for operating leverage is

Because automation replaces labor with machines, it usually replaces the variable costs (from direct labor) with fixed overhead (associated with running equipment). As such, automation tends to increase operating leverage. However, outsourcing usually has the opposite effect. Companies that close factories and pay other companies to make goods for them replace fixed costs (needed to run factories) with variable costs (used to pay other companies to make the goods).