Is Budgeting Your Business Worth the Cost? 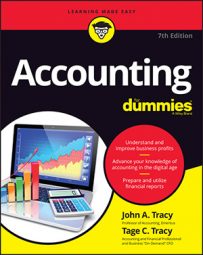 Explore Book Buy On Amazon
As you’ve undoubtedly heard, there’s no such thing as a free lunch. Budgeting has its costs, which business managers should take into account before rushing into (or continuing with) a full-scale budgeting process. Whether to engage in budgeting is a prime example of how managers make tough decisions: Comparing costs versus benefits.

Budgeting is not without several serious problems on the practical level. Budgeting looks good in theory, but in actual practice things aren’t so rosy. Here are some concerns to consider:

There has always been grumbling about budgeting. A well-known adage in the advertising profession is that half of a company’s advertising cost is wasted; the problem is that managers don’t know which half. Likewise, you could argue that half the cost of budgeting is wasted, although it’s difficult to pinpoint which particular aspects of budgeting aren’t cost effective.

A recent article makes a strongly worded case against budgeting. See “Freed from the Budget,” by Russ Banham, which was posted on the CFO.com website and taken from the September 1, 2012 issue of CFO magazine. This article offers several reasons for not budgeting, including the following:

The article makes a good case against budgeting, but it doesn’t provide a very convincing answer to the question “If not budgeting, then what?” Quite clearly, business managers must plan and control. The trick is how to carry out these tasks in the most effective and efficient manner.