The Impact of Walking on Heart Disease 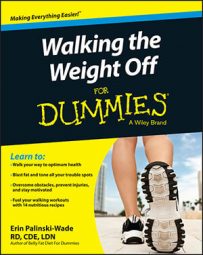 You can manage and even prevent heart disease simply by walking it away. In fact, just moderate amounts of walking daily can turn back your heart’s clock.

The impact of heart disease on America is staggering. It’s estimated that 935,000 Americans suffer a heart attack annually and the cost of coronary artery disease alone is over $108 billion dollars! So you can see just how widespread this problem really is.

One study at Washington University found just that when it tracked people between the ages of 50 and 60 years old. They followed these individuals for one and a half years and found that those who walked enough to burn 240 to 300 calories per day had hearts that pumped nutrients and blood throughout the body as effectively as individuals in their 30s and 40s!

It’s possible that walking may have a bigger role in improving heart health than even more intensive exercises such as jogging. For instance, one study comparing walkers to joggers who both exercised for the same amount of time and with the same frequency, found that walkers were able to lower triglyceride levels, the free fat within the bloodstream that, when elevated, can increase heart disease and diabetes risk, by twice as much!

So how much walking does it take to improve your heart health? Surprisingly, not a lot. In just 30 minutes per day, one study found that walkers were able to significantly lower the inflammatory marker C‐reactive protein, which is an independent marker for heart disease. As you can see, with just a small amount of effort and a little time, you can turn back your heart’s clock and protect it against deadly heart disease all by just putting one foot in front of the other.