Beat Your Sugar Addiction with Carbohydrates 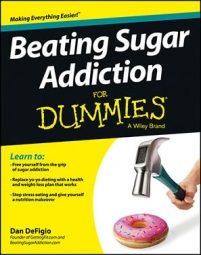 Carbohydrates are the body’s primary fuel source. You need carbohydrates in your diet to provide energy to each cell, to feed your brain, and to fuel your muscles and organs. If you don’t eat enough carbohydrates, your body will break down muscle tissue to make some!

Are carbs good or bad?

Carbs have become the big bad wolf in the world of weight loss and health consciousness. Some of this thinking is justified because all carbs are not created equal, but categorizing carbohydrates as good or bad is inaccurate. The physiological response that you get from eating carbohydrates depends on the type, the amount, what you eat with them, and the current state of your body’s chemistry.

Dietary carbohydrates are found in these foods:

That’s right, vegetables are carb sources. Generally, when people tell say they’ve “cut out carbs,” they usually mean they’ve stopped eating wheat and sugar. That’s fine — you don’t have to eat wheat or sugar to be healthy. But if you really cut out all carbohydrates, you’d be in metabolic trouble pretty quickly.

You evaluate a carbohydrate in two important ways. The first is to consider its overall content of nutrients, fiber, and calories. You should aim for eating mostly vegetables (and some fruit) because they’re loaded with nutrients and fiber and are generally very low in calories. Carbohydrates from processed grains and sugary foods are generally high in calories and low in fiber and nutrients. The second is glycemic load.

Besides overall nutritional value, another consideration of a carbohydrate’s value is determining how fast it breaks down and how much sugar enters the bloodstream. Carbohydrate foods differ in how much sugar they contain in a given volume of food and also in the speed at which they’re broken down into glucose. The amount of sugar and its breakdown speed are combined into a rating system known as the glycemic load. 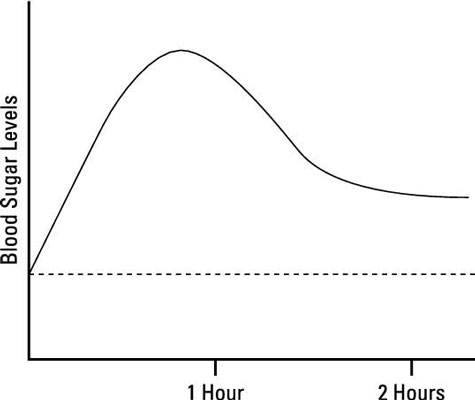 The lower the glycemic load, the less the food affects your blood sugar. 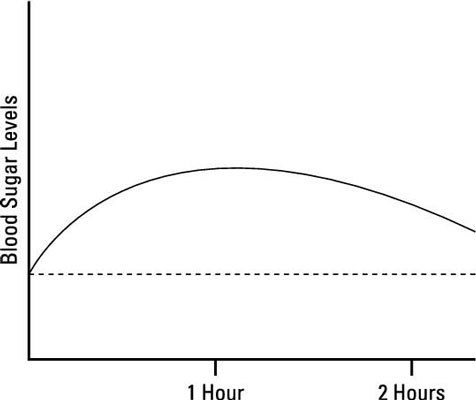 As a rule of thumb, most nutrition experts consider glycemic loads less than 10 to be low and glycemic loads more than 20 to be high. Sticking to foods with a low glycemic load is important for diabetics, but even if you’re not diabetic, aiming for low-glycemic foods (thus keeping insulin levels lower) can help you lose weight, especially when you eat protein and/or fat with carbohydrates.

You must understand that glycemic load by itself doesn’t make a food good or bad. It’s just a ballpark indication of how a particular food may affect your insulin levels. Combining carbs with protein and fat (which you should do) reduces your insulin response to the carbohydrates and therefore lowers the glycemic load of the entire meal.

Be careful not to base your food choices solely on carbohydrate content or glycemic load. When you look at only one aspect of food, you overlook other important considerations like fiber, vitamins and minerals, dietary fat, and total calories. Many foods with higher glycemic loads are very nutritious, and some low-glycemic foods (like potato chips) aren’t very good choices!