What Scientists Know about Intermittent Fasting

Intermittent fasting is a hot topic in the research world. Here I get you up to speed on what the scientists presently know. 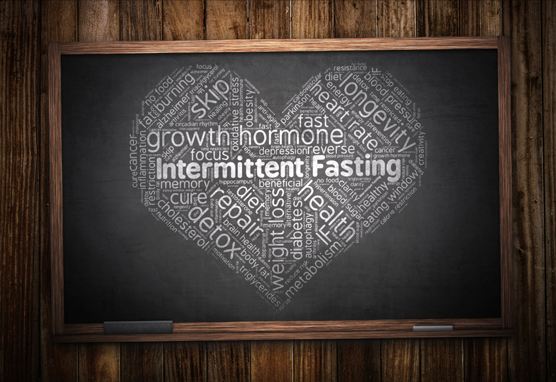 How intermittent fasting affects your cells and hormones

The shear act of restricting food and calories for an extended period of time sets off a host of bodily processes on the cellular and molecular level. During the fasting state, the following actions occur.

Genes are activated that direct cells to preserve resources. Rather than grow and divide, cells in the fasting mode are stalled. In this state, they’re mostly resistant to disease and stress. The changes in the function of these genes promote longevity.

Cells enter into autophagy, a kind of cellular housekeeping sparking cellular rejuvenation. Autophagy is that self-cleaning cellular process that boosts brain functioning and maybe even longevity. When cells are in fasting mode and don’t have to work to break down food, they pause their usual tasks and stop dividing. Instead, they work on repairing and recycling damaged components and digest dead or toxic cell matter.

Cells activate pathways that enhance their defenses against oxidative and metabolic stress. Oxidative stress is one of the major contributing factors for aging and the development of many chronic diseases. Oxidative stress involves unstable molecules called free radicals, which react with other important molecules (like protein and DNA) and injure them. Fighting off free radicals also leads to reduced inflammation — a major cause of many diseases.

Your entire body minimizes the building processes (such as making new cells), instead, favoring cellular repair systems. This transition is what improves health and disease resistance. After you begin to eat again, your cells have adapted to make better use of the fat, carbs, and proteins you ingest.

Weight loss occurs when you create a calorie deficit. The alteration in hormones will increase your metabolic rate. In other words, intermittent fasting works on both sides of the calorie equation. It boosts your metabolic rate (increases calories out) and reduces the amount of food you eat (reduces calories in) — a double weight-loss whammy! Reduced insulin levels, higher HGH levels, and an increased amount of circulating norepinephrine all increase the breakdown of body fat and facilitate its use for energy.

Metabolic switching is the term used to describe the point during fasting when cells have used up their stores of rapidly accessible, sugar-based fuel, and begin converting fat into energy in a slower metabolic process. Metabolic switching triggers the age-old adaptation to periods of food scarcity during the days of the hunter-gatherers. No food for days on end meant the body had to adapt to utilizing fat stores for energy in lieu of carbohydrates. Furthermore, the fasted state led to improved brain function, enabling humans to devise creative ways to overcome the physical and mental challenges of stalking prey.

The beauty of intermittent fasting is its ability to prompt your body to metabolically switch it up, meaning burn up fat stores for energy. This is a time-limited period of ketosis, meaning when your body goes from using glucose (blood sugar) as a fuel source to tapping into fat stores and creating ketones from the fat (a chemical derived from fat) for energy. You may recognize the word ketones from the popular Keto Diet.

During a period of fasting, the decreasing insulin levels cause cells to release their glucose stores as energy. After about ten hours of no food, your stores of glucose are depleted. With its tanks of glucose empty, the body resorts to dipping into the endless amount of stored fat (in fat cells) as an energy source. Fat cells break down the fat and release it into the bloodstream where it travels to the liver to be converted into more usable energy in the form of ketones. Ketones then circulate throughout the body and are the major source of energy for your cells during the fasted state.

To ensure that you’re flipping your metabolic switch during your intermittent fast, do not eat or drink any calorie containing food during your fasting windows.