Spicing Up Your Meals When Eating Clean

By: The Experts at Dummies and
Updated: 03-26-2016
From The Book: Eating Clean For Dummies 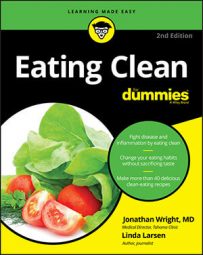 Healthy food has an undeserved reputation for being boring or bland. Whole, fresh foods are actually delicious on their own, with no added seasoning. Unfortunately, many of us have been jaded by too much sodium, sugar, and additives in our food. But there are healthy ways to add flavor to clean foods. Here are some herbs and spices you can use in your daily cooking: