What is the MyPlate Food Guide? 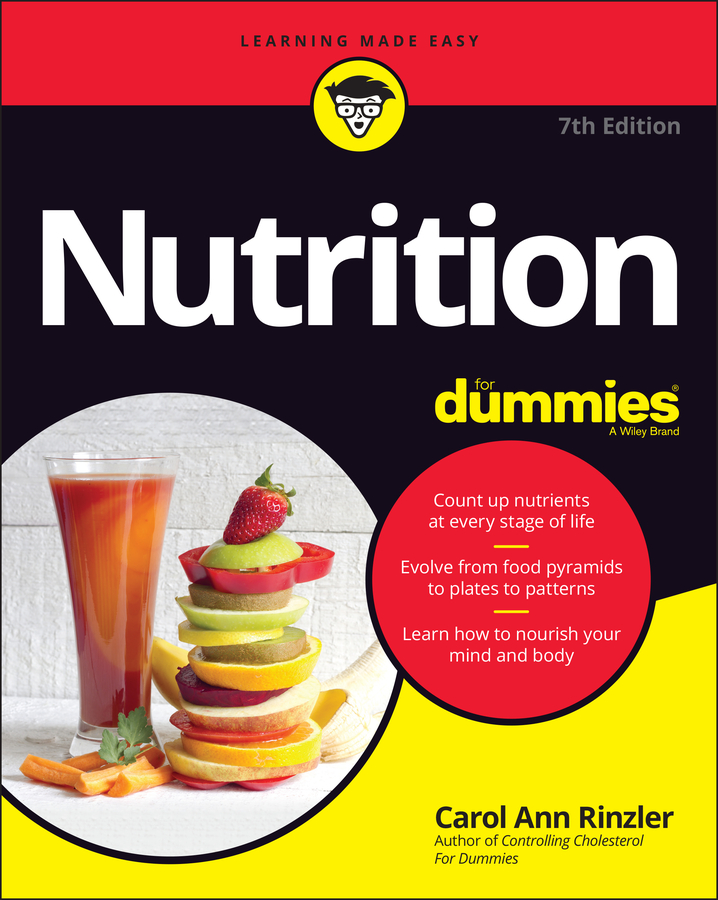 With obesity on the rise in both children and adults in the United States, the U.S. Department of Agriculture (USDA) released a new food guide, MyPlate, to replace the Food Guide Pyramid familiar to so many Americans. 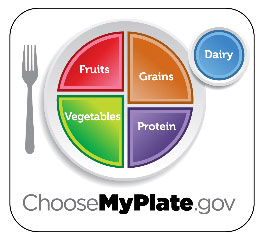 What are the MyPlate recommendations for healthy meals?

More than one-third of children and two-thirds of adults in the United States are overweight or obese. In order to help stop this epidemic, USDA developed the MyPlate icon to simplify recommendations from the 2010 Dietary Guidelines for Americans and to help citizens adopt healthy eating habits.

The MyPlate logo divides a dinner plate into four sections for vegetables, fruits, grains, and proteins with a fifth smaller plate to one side for dairy. The fruit and vegetable portions make up half of the plate to emphasize the recommendation to include fruits and vegetables as half of every meal.

Here are a few more key suggestions that go along with the MyPlate guide:

In conjunction with MyPlate, the USDA issued the Ten Tips Nutrition Education Series to provide further information on several topics including each of the food groups, physical activity, shopping for fruits and vegetables, vegetarian issues, recipes, and other helpful tips.

More information can be found at ChooseMyPlate.gov.

What was the Food Guide Pyramid?

The original Food Guide Pyramid was a widely recognized nutrition education tool that translated nutritional recommendations into a pyramid chart showing amounts of food to eat each day. The Food Guide Pyramid outlined a total diet approach and detailed goals for nutrient adequacy and moderation, including daily food intake ranges for three caloric levels. The pyramid illustration was intended to illustrate concepts of variety, moderation and proportion.

Some nutritional experts criticized the Food Pyramid for not reflecting the latest research on dietetics, citing some dietary choices permitted under the Food Pyramid’s recommendations that were linked to heart disease. In addition, some experts observed that the protein rich group did not differentiate adequately between meats, poultry, fish, beans and nuts; while others suggested quantities for different types of food lacked clarity by stating maximum servings in some categories (proteins) and minimum servings for others (fruits).

How did food guides originate, anyway?

The USDA has published food guides to assist Americans with their food choices for almost a century. From 1916 through the 1930s, USDA issued “Food for Young Children” and “How to Select Food,” which established guidance based on food groups and household measures. During the 1940’s, “A Guide to Good Eating (Basic Seven)” included daily number of servings needed from each of seven food groups but lacked specific serving sizes.

From 1956 to 1970’s “Food for Fitness, A Daily Food Guide (Basic Four),” simplified specific amounts to four food groups but omitted suggestions on appropriate fats, sugars, and calorie intake. In 1979, the “Hassle-Free Daily Food Guide” added a fifth group to the Basic Four that recommended moderate intake of fats, sweets, and alcohol. The Food Wheel, developed in 1984, established goals for nutrient adequacy and moderation based on the five food groups from earlier guides.

In 1992, USDA issued the familiar Food Guide Pyramid (a concept developed by Sweden in 1974) and updated it in 2005. The 2005 update of the Food Guide Pyramid simplified the illustration, added a category for oils and the concept of physical activity by showing a figure ascending stairs on the side of the pyramid. 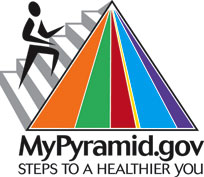 Are there other guides to safe and healthy food?