Explore Book Buy On Amazon
When you eat, food moves from your mouth to your stomach to your small intestine, where the nutrients that keep you strong and healthy are absorbed into your bloodstream and distributed throughout your body. Take medicine by mouth, and it follows pretty much the same path from mouth to stomach to the small intestine for absorption. Nothing is unusual about that.

A problem may arise when a food or drug brings the process to a halt by behaving in a way that interferes with your ability to digest, absorb, or use either the drug or the food. For example: 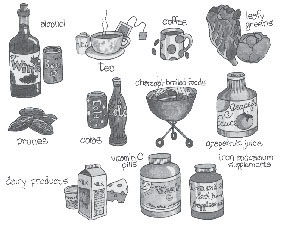 Some foods may affect the way your body interacts with drugs.