Determining the Role of Variables in Psychology Statistics

By: Donncha Hanna and Martin Dempster and
Updated: 03-26-2016
From The Book: Psychology Statistics For Dummies 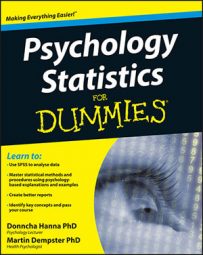 In psychology statistics, research studies which involve collecting quantitative data (any data that can be counted or rendered as numbers) usually require you to collect and store data on a data sheet about several variables. When you conduct your statistical analyses on this data, you need to know what role each variable played in your research design. Generally speaking, you classify variables in psychology statistics as independent variables, dependent variables or covariates.