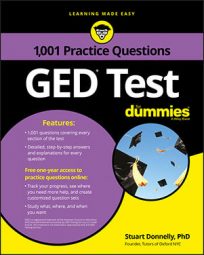 Explore Book Buy On Amazon
Earth’s atmosphere is a layer of gases—mostly nitrogen and oxygen—without which our planet would be in serious trouble. With this in mind, you can expect some questions on the GED Science test to cover this topic.

Use the following information for both questions.

Earth’s atmosphere can be divided into several layers, including the troposphere, the stratosphere, the mesosphere and ionosphere, and the thermosphere. The temperature and altitude of each layer is listed in the following table.