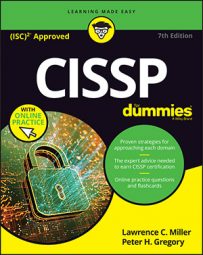 Explore Book Buy On Amazon
Email has emerged as one of the most important communication mediums in our global economy, with over 50 billion email messages sent worldwide every day. Unfortunately, spam accounts for as much as 85 percent of that email volume. Spam is more than a minor nuisance — it's a serious security threat to all organizations worldwide.

The Simple Mail Transfer Protocol (SMTP) is used to send and receive email across the Internet. It operates on TCP/UDP port 25 and contains many well-known vulnerabilities. Most SMTP mail servers are configured by default to forward (or relay) all mail, regardless of whether the sender's or recipient's address is valid.

Failing to secure your organization's mail servers may allow spammers to misuse your servers and bandwidth as an open relay to propagate their spam. The bad news is that you'll eventually (it usually doesn't take more than a few days) get blocklisted by a large number of organizations that maintain real-time blackhole lists (RBLs) against open relays, effectively preventing most (if not all) email communications from your organization reaching their intended recipients. It usually takes several months to get removed from those RBLs after you've been blocklisted, and it does significant damage to your organization's communications infrastructure and credibility.

Using RBLs is only one method to combat spam, and it's generally not even the most effective or reliable method, at that. The organizations that maintain these massive lists aren't perfect and do make mistakes. If a mistake is made with your domain or IP addresses, you'll curse their existence — it's a case in which the cure is sometimes worse than the disease.

Failure to make a reasonable effort towards spam prevention in your organization is a failure of due diligence. An organization that fails to implement appropriate countermeasures may find itself a defendant in a sexual harassment lawsuit from an employee inundated with pornographic emails sent by a spammer to his or her corporate email address.

Other risks associated with spam email include

Countering these threats requires an arsenal of technical solutions and user-awareness efforts and is — at least, for now — a never-ending battle. Begin by securing your servers and client PCs. Mail servers should always be placed in a DMZ, and unnecessary or unused services should be disabled — and change that default relay setting! Most other servers, and almost all client PCs, should have port 25 disabled. Implement a spam filter or other secure mail gateway. Also, consider the following user-awareness tips:

Although legitimate offers from well-known retailers or newsletters from professional organizations may be thought of as spam by many people, it's likely that, at some point, a recipient of such a mass mailing actually signed up for that stuff — so it's technically not spam. Everyone seems to want your email address whenever you fill out an application for something, and providing your email address often translates to an open invitation for them to tell you about every sale from here to eternity. In such cases, senders are required by U.S. law to provide an Unsubscribe hyperlink in their mass mailings, and clicking it does remove the recipient from future mailings.

Your end users don't have to be CISSP-certified to secure their home computers. A simple firewall software package that has a basic configuration is usually enough to deter the majority of today's hackers — most are using automated tools to scan the Internet and don't bother to slow down for a computer that presents even the slightest challenge. Size matters in these bot-net armies, and far too many unprotected computers are out there to waste time (even a few minutes) defeating your firewall.

Spam is only the tip of the iceberg. Get ready for emerging threats such as SPIM (spam over instant messaging) and SPIT (spam over Internet telephony) that will up the ante in the battle for messaging security.

Other email security considerations include malicious code contained in attachments, lack of privacy, and lack of authentication. These considerations can be countered by implementing antivirus scanning software, encryption, and digital signatures, respectively.

Today, two basic versions of PGP software are available: a commercial version from Symantec Corporation, and an open-source version, GPG.