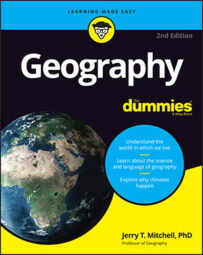 Explore Book Buy On Amazon
The study of geography explains so much about our world, including Earth's physical features and atmosphere and humanity's impacts on the planet. You'll learn about how the continents came to be as they are today, the Earth's climate, the distribution of populations and resources, land use, and much more.

This Cheat Sheet provides a handy list of terms you'll need to know as you study geography. 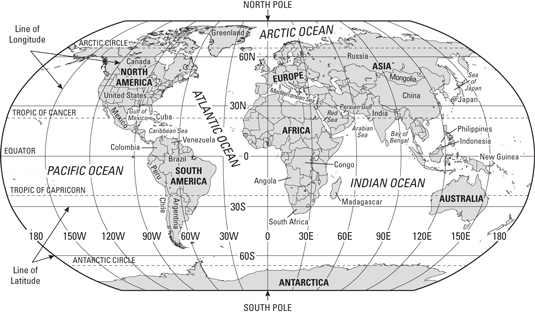 Axis: An imaginary pole through the middle of Earth (from the South Pole to the North Pole), around which it rotates.

Carrying capacity: The number of people that can be supported in an area by available resources.

Continental shelf: The raised ocean bottom along the margins of continents.

Diffusion: The spread of phenomena, such as cultural traits, across space.

Equator: An imaginary line that is equidistant between the two poles.

Gradation: The wearing down of Earth’s surface.

Latitude: Lines on Earth’s grid that run east to west.

Longitude: Lines on Earth’s grid that run north to south.

North and South Poles: The points where the axis intersects Earth’s surface.

Plate tectonics: The scientific theory that the hard outer portion of Earth is divided into plates that move relative to each other.

Jerry T. Mitchell, PhD, is Chair of the Department of Geography at the University of South Carolina and an avid world traveler.