What Does the Speaker of the House Do?

The speaker fulfills several roles, including representing constituents as a member of Congress, acting as administrative head of the House, and serving as leader of the majority political party in the House.

If you’re wondering exactly what the speaker of the House does, see the full description of this political representative’s full responsibilities below.

The House speaker is second in the U.S. presidential line of succession after the vice president, but no speaker has ever acted as president. Kevin McCarthy (R-Calif.) is the current speaker of the House. 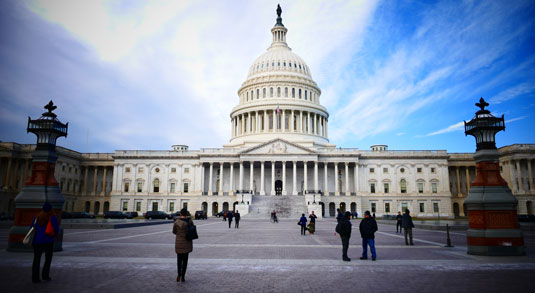 How is the House speaker selected?

The U.S. Constitution authorizes the House to choose its speaker, who is selected by roll call vote on the first day of every new Congress. Customarily, each party (Democrat and Republican) nominates a candidate and members normally vote for the candidate of their party.

Roll call votes are repeated until a candidate receives an absolute majority of all votes cast. The Constitution does not require the speaker to be a member of Congress, although all speakers have been members.

The Office of the Clerk of the House of Representatives keeps a full list of speakers of the House from 1789 to the present.

What does the speaker of the house do?

The speaker of the House exercises duties as a member of Congress, as presiding officer of the House of Representatives, and as leader of the majority political party in the House.

These responsibilities include voting on legislation, administrative duties such as maintaining order within the House chamber, and other tasks such as appointing special committees.

See a more in-depth description of each of these responsibilities below:

Foremost, the speaker represents voters in their congressional district. As a member of Congress, they advocate for constituents’ needs, votes on key legislation, conducts town halls and meetings in-district and otherwise serves voters in their home districts.

Presiding officer of the House of Representatives

The speaker of the House's duties as presiding officer of the House, include administering the oath of office to members, calling the House to order, preserving order and decorum within the House chamber and galleries, recognizing members to speak on the House floor, and making rulings about House procedures.

The speaker usually delegates some of these administrative duties to other members of the majority party, such as acting as speaker pro tempore and leading House legislative sessions.

In addition, the speaker appoints members and chairpersons of regular committees, special or select committees, conference committees, and designates a majority of the Committee on Rules.

As a member of Congress, the speaker may participate in debate and vote but, by tradition, only does so in exceptional circumstances, such as when their vote would be decisive or on matters of great importance, such as constitutional amendments or war resolutions. The speaker presides over all joint sessions with the Senate because these official gatherings are usually held in the House of Representatives.

Leader of the majority party in the House of Representatives

Historical facts about the speaker of the House

The speakership’s power reached a pinnacle during the term of Joseph Gurney Cannon (1903–1911), who exercised tight control over the legislative process. Cannon instituted the traditions of determining the agenda of the House, appointing the members of all committees, choosing committee chairmen, and determining which committees heard each bill.

In 1910, however, a revolt of House members stripped Speaker Cannon of most of his powers, particularly the ability to name committee members.

In 1925, Speaker Nicholas Longworth (Ohio) restored most of the position's lost influence by expelling his opponents in the Republican party from the Republican caucus, stripping committee chairmen of seniority and appointing loyal supporters to committees.

Perhaps the most influential speaker in history was Sam Rayburn (Texas) who was the longest-serving speaker. Speaker Rayburn shaped many bills by working with House committees and ensured passage of several domestic and foreign assistance programs advocated by President Roosevelt and President Truman.

As a sign of their influence, the House of Representatives’ office buildings in Washington D.C. are named for these three Speakers: Cannon, Longworth, and Rayburn. Here are few other historical facts about the Speaker of the House: