Scriptwriting: How to End Your Play 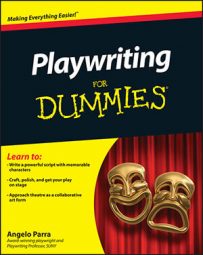 One of your responsibilities as playwright is to deliver a satisfying end to the play. You don’t necessarily have to write a happy ending or even an ending audiences would have wanted. You need an ending that seems truthful, plausible (given the circumstances), and, in retrospect, maybe even inevitable.

Use the following tips to build to and execute a satisfying ending:

Angelo Parra is an award-winning playwright who has received national acclaim for several of his plays. He teaches theatre and playwriting at SUNY Rockland. Angelo is the founder and director of the Hudson Valley Professional Playwrights Lab and president of the board of Penguin Rep Theatre in Stony Point, New York.