How to Read the Circle of Fifths 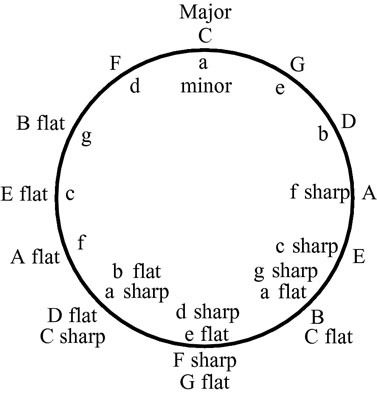 Use the circle of fifths to understand the relationship between major and minor keys.

For example, if you see three sharps (F#, C#, and G#) in the key signature, start from C and go clockwise three places, and you'll find that the song is in either A major or F# minor. Similarly, if you see five flats (Bb, Eb, Ab, Db, Gb) in the key signature (not a nice thing to do to a guitarist), you start at C and go five places counter-clockwise; that puts the song in either Db major or Bb minor.