How to Slide on the Fiddle

The first technique that really shows the fiddle style is called the fiddle slide. This technique creates a “droopy” sound that makes any song sound more like a fiddle tune. It’s a simple technique that you can add to any note and play a few different ways.

Try both the upslide and downslide techniques on different notes. Take a listen to hear upslides and downslides on the fiddle with all the fingers. You can try to make the same sounds on your fiddle!

Here’s a song called “Cripple Creek,” which includes some upslides and downslides. Try learning the notes and rhythms first before practicing the slides.

Do you notice the repeat symbols at the end of lines 1 and 2? This means you should play a total of four lines to complete the entire song.

Another great tune that you can put slides in is a famous song called “Bile ’em Cabbage Down.” Here’s the sheet music for the song for you to follow. 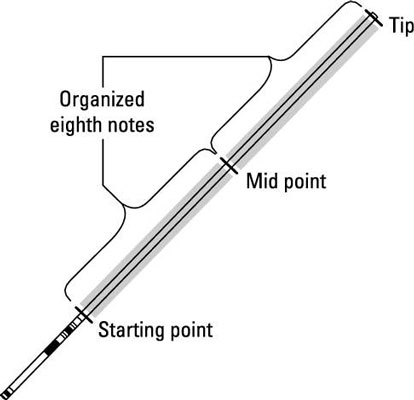 Where slides are placed is all up to the fiddler’s interpretation. This freedom of choice is much different from classical violin music, which doesn’t give you the freedom to play a song differently each time you play it. Fiddling is much more laid back, and you should feel free to open up your imagination to do slides differently each time.

Try adding your own slides to “Bile ’em Cabbage Down.” Play it through a few times, and each time, play it a different way. Record yourself and listen to see which version you like the best!