How to Play Holiday Tunes on the Ukulele 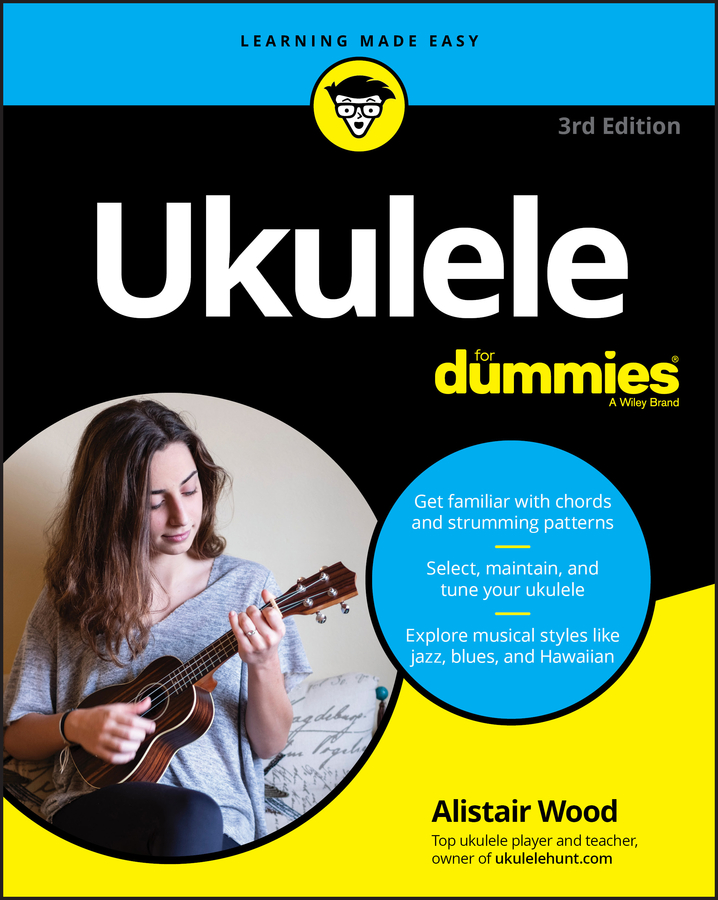 Explore Book Buy On Amazon
The holiday season can be the a fun but slightly daunting time to be a ukulele player (uker). It’s the time of year you’re most likely to be called on by your family and friends to provide the entertainment and to lead the singing. So, this article has some tunes to get you through Christmas and New Year.

Christmas songs are also great for practicing new techniques. Because the songs are familiar and have bold melodies, you’ll find it easier to follow along with anything unusual. That’s why I’m taking this opportunity to introduce time signature changes and to practice shifting positions.

So, slip on your Christmas sweater, deck your ukes with boughs of holly, and get playing some festive favorites.

“The Twelve Days of Christmas” is a great song for a singalong. Who doesn’t love shouting “FIVE GOLD RINGS” at the top of his or her lungs?

The chords for “The Twelve Days of Christmas” are very simple. It’s the strumming pattern that requires attention. The tune includes two time signatures: 4/4 and 3/4. 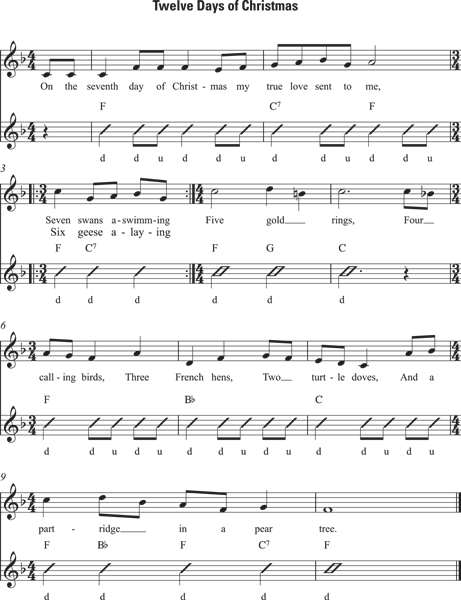 Chords for “The Twelve Days of Christmas.”

The piece starts with two bars of 4/4. The next bar is 3/4, and you repeat that for each gift before the "five gold rings." In this version, I’m going from “Seven swans a-swimming,” so this bar is played twice. Then back to 4/4 time for two bars, three bars of 3/4, and finishing with a return to 4/4. That’s a lot to keep track of.

Ringing in the New Year with “Auld Lang Syne”

A good way to get out of mumbling through half-remembered lyrics of “Auld Land Syne” on New Year’s Eve is to play the tune yourself. It’s also a good way to practice shifting positions.

The arrangement (in the following figure) doesn’t have any notes played on the first fret, so start off with your index finger on the second fret. The first shift comes at the end of bar 3. You’ll need to cut the note on the fifth fret a little short so you can move your hand up so your third finger is on the seventh fret. 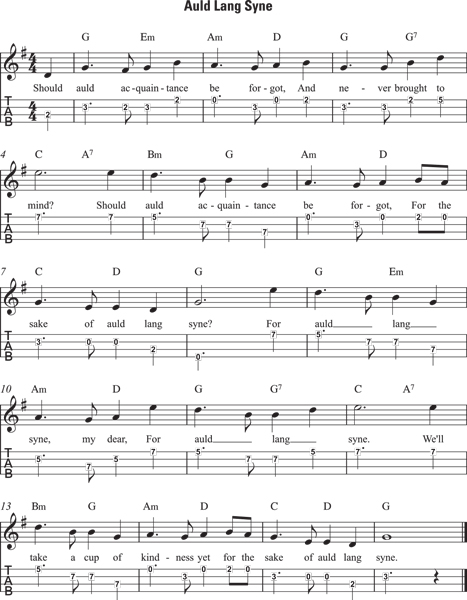 The shift in bar 8 uses the same trick to move up the fretboard, this time using the open G-string to give you time to reposition your fingers.

Making a Noise with “Silent Night”

This tab version of “Silent Night” (in the following figure) uses a thumb-strumming technique. So, it’s all played with the thumb on the right hand. 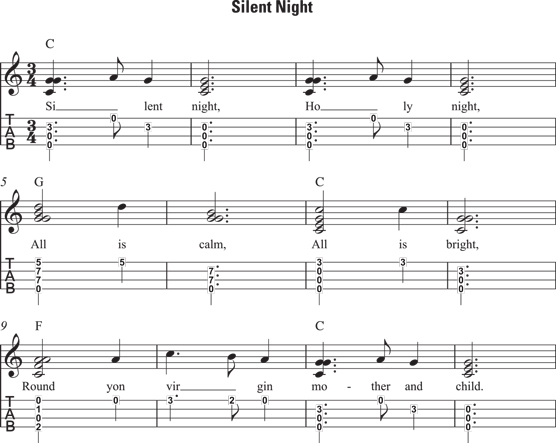 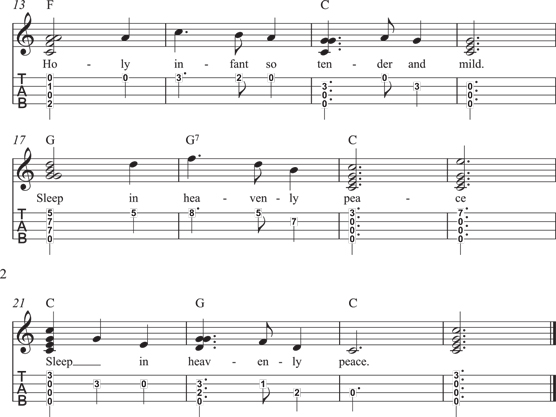 You’ll recognize the familiar C and F chord shapes used in the arrangement, but the version of G used in bars 5 and 17 may be new to you. It’s the same shape as an E-flat chord moved up so that your index finger is on the A-string.

The G chord in bar 22 looks the same as the basic G chord but needs to be fingered differently. Use your middle finger on the second fret and ring finger on the third fret. That leaves your index finger open to play the note on the E-string, first fret.