The Grand Staff and Ledger Lines of Piano Music 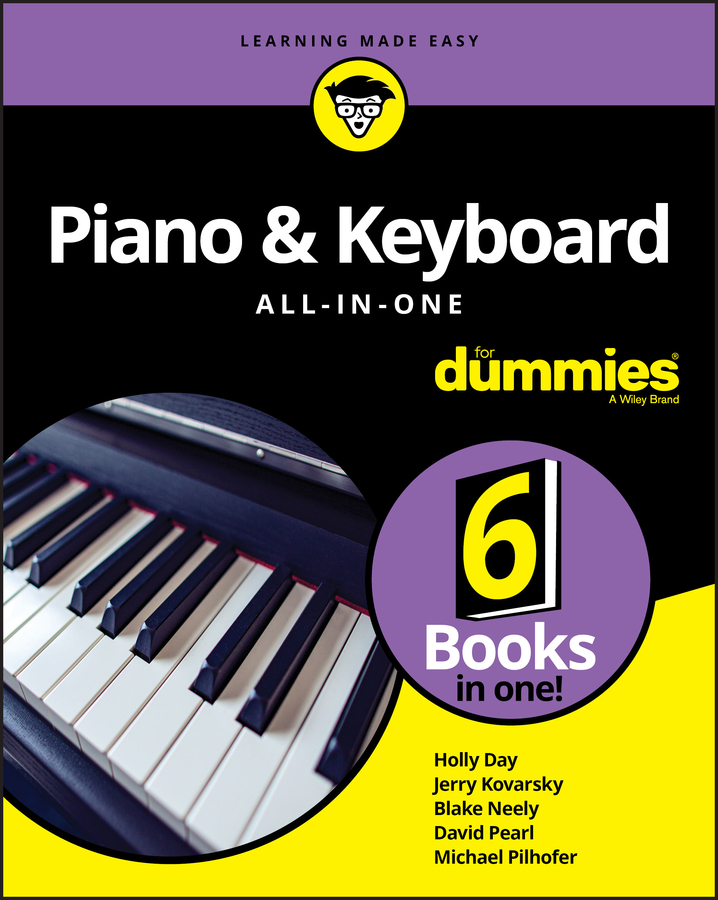 The grand staff of piano music is simply the treble clef and bass clef joined together with a brace at the far left side. This grand staff (and, yes, it’s really called that) makes it possible for you to read notes for both your right and left hands at the same time. 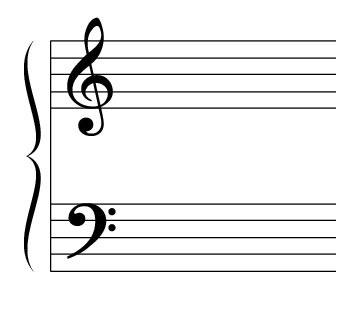 Adding notes in the middle

Why all the space between the two staves, you may ask. Well, if you name the notes downward on the treble clef, you only get to E before running out of lines. Likewise, the top line on the bass clef is A. What happens if you need to play the B, C, C-sharp, D, and D-sharp in between that A and E? 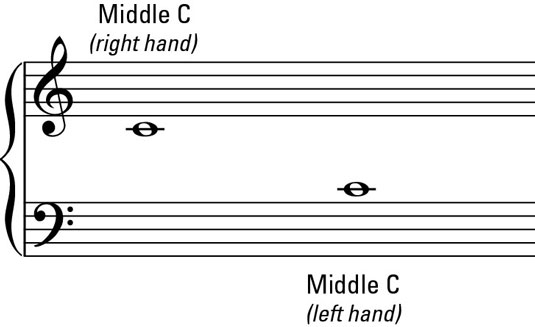 Climbing up and down the staff

Middle C may be powerful, but it isn’t the only note to receive the coveted ledger line award. Other ledger lines come into play when you get to the notes above and below the grand staff. Notes written above the treble staff represent higher notes, to the right on your keyboard. Conversely, notes written below the bass staff represent lower notes, to the left on your keyboard.

For example, the top line of the treble staff is F. Just above this line, sits the note G. After G, a whole new set of ledger lines waits to bust out.

A similar situation occurs at the bottom of the bass staff. Ledger lines begin popping up below the low G line and low F that’s hanging on to the staff for dear life. The following figure shows a generous range of notes on the grand staff and how they relate to the keyboard. 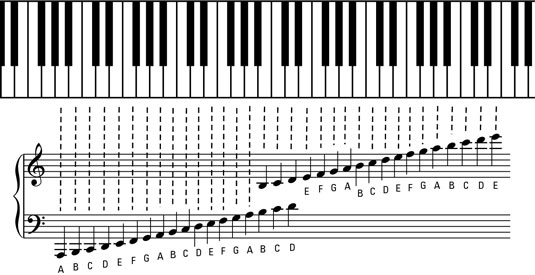