Play Third-Position Melodies on the Harmonica

“Little Brown Island in the Sea”

This song’s original title in Scots Gaelic is “Eilean Beag Donn A’ Chuain.” Written in the late 19th century by Donald Morrison, a Scotsman who immigrated to Minnesota and later returned home to the island of Lewis, it speaks powerfully of the pull of home and has become a widely played and loved air in the repertoire of Celtic music.

“Little Brown Island in the Sea” lies very nicely in third position and doesn’t require any bends or tricky leaps.

This song is usually played in the key of E Dorian minor on a D-harp. 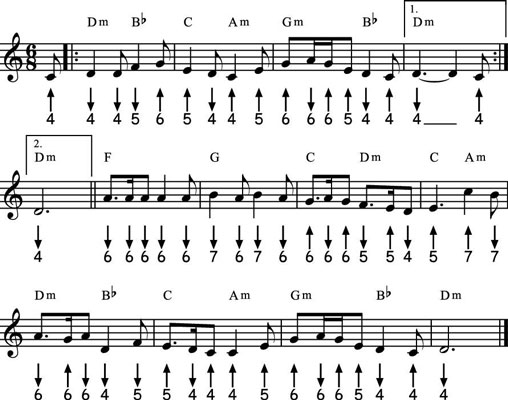 “She’s Like the Swallow” comes from the island of Newfoundland and tells the story of a woman who’s a little too trusting of a man’s romantic intentions. It’s been recorded by many folk-based artists and also as a choral piece. The version by Canadian actor Gordon Pinsent is especially great, himself a Newfoundlander.

On the harmonica, this song makes leaps from Draw 4 to Draw 6 and from Draw 6 to Draw 8. You can try playing these leaps cleanly by simply moving from one hole to another. However, you can also take the opportunity to use the corner-switching technique. This tune makes for a fairly easy introduction to corner switching. 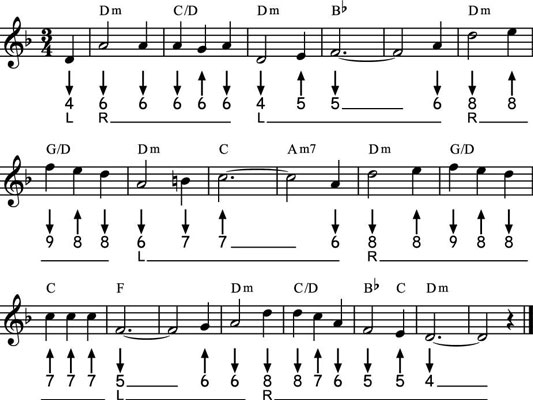