Non-Essential Accessories for Your Guitar

You can treat yourself to a number of other little doodads and contraptions that make guitar playing a lot more painless and convenient. In no particular order, consider some of the following gizmos, which are often worth their weight in thumbpicks. The figure shows these items, which are defined in the following list: 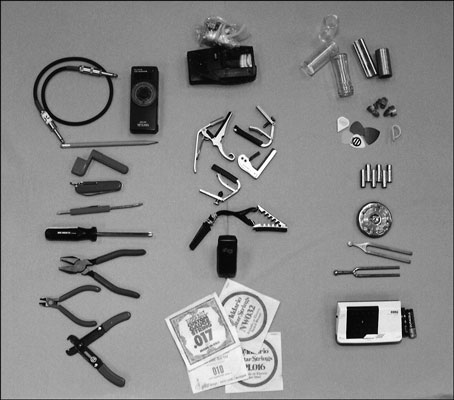 Other doodads you may want to consider throwing in your backpack, gym bag, or all-leather monogrammed accessories case include the following: