How to Use a Capo on Guitar 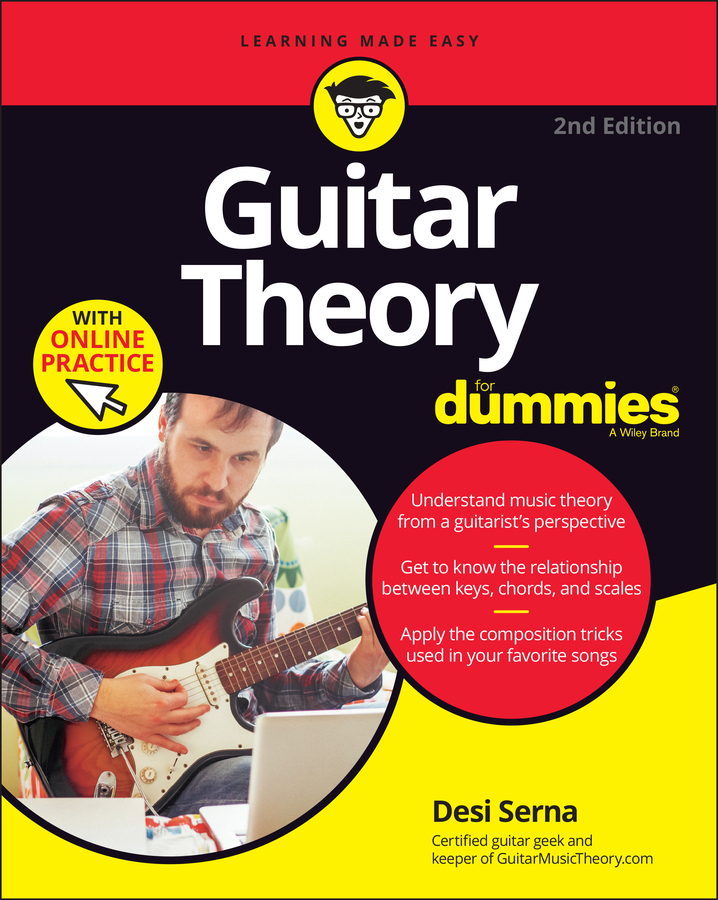 A capo is a device that clamps down across the guitar's fingerboard at a particular fret. Capos shorten the length of all the strings at the same time, creating, in effect, a new nut. All the “open” strings now play in higher pitches than they do without the capo.

How much higher? A half step for each fret. If you place the capo at the third fret, for example, the open E strings become Gs (three half steps higher in pitch than E). All the strings become correspondingly higher in pitch as well — B becomes D; G becomes Bb; D becomes F; and A becomes C. You can’t play anything below the capo — only above it on the neck.

Sometimes, engaging or disengaging a capo causes the strings to go out of tune. Remember to check your tuning and make any necessary adjustments whenever you attach or remove the capo.

Using a capo to instantly change the key of a song

No problem. Put your capo at the second fret and simply play the song in C as you normally do. The capo causes all the strings to sound two half steps higher than normal, and the music sounds in D! In fact, you can move the capo to any fret, sliding it up and down the neck, until you find the fret (key) that’s perfect for your vocal range.

Of course, if the notes and chords in the song you’re playing have no open strings, you can simply change positions on the neck (using movable chords) to find the best key for singing. Use a capo only if the song requires the use of open strings.

Capos can operate by means of elastic, springs, or even threaded bolts. To correctly set the capo, place it just before the fret (toward the tuning pegs), not directly over the metal fret wire. The following figure shows a capo set correctly on the guitar at the third fret. 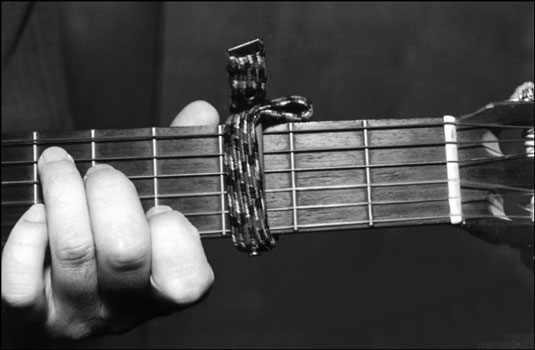 A capo on the guitar neck. Notice that the capo sits just before the fret — not directly on top of it.

Using a capo to brighten the tone of the guitar

People also use a capo for a reason that has nothing to do with vocal ranges. If you place a capo on the neck (especially high on the neck), the guitar has a brighter sound. It can even sound more like a mandolin.

Capos can prove especially useful if you have two guitarists playing a song together. One can play the chords without a capo — in the key of C, for example. The other guitarist can play the chords in, say, the key of G with a capo at the fifth fret, sounding in C. The difference in timbre between the two instruments creates a striking effect. In folk-guitar playing, the combination of open strings and fretted ones is the essence of the style. Sometimes these open-string/fretted-note combinations can become quite intricate.

One more advantage of using a capo: Because the frets get closer together as you go up the neck, playing with a capo requires less stretching in the left hand, making some songs a little easier to play.