How to Create a Walking Bass Line 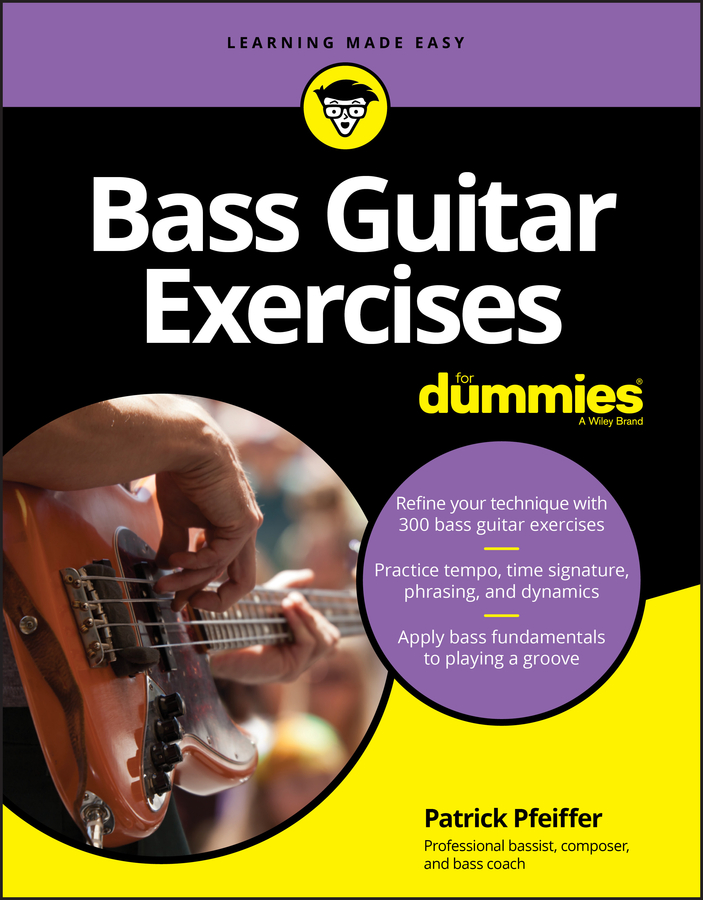 A walking bass line simply walks through the appropriate scale of each chord, one note per beat, hitting every beat of each measure. The walking bass line was developed by upright bassists like Ray Brown, Milt Hinton, Paul Chambers, and Ron Carter, but now it’s also commonly played on the bass guitar.

You can walk through almost any jazz tune. To demonstrate the jazz walking style properly, the following figure shows you how to walk in a jazz blues progression. In the figure, the chords are printed above each grid. The modes for each chord are clearly marked, and the leading tones are the last note in each sequence (follow the arrows). You can start this progression on any root. This blues progression is written in Bb, but if someone asks for a jazz blues in C, just move the whole pattern up two frets (toward the bridge of the bass) and start your first note on C.

By the way, playing this pattern is easy (despite the complex sound) because you don’t have to shift your left hand. Just make sure that you start the pattern with your middle finger. 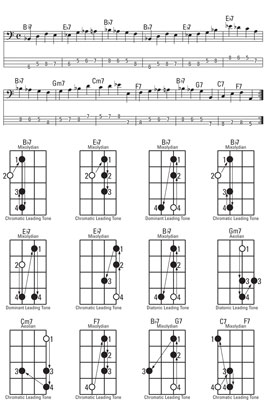