Richard Wagner and His Role in Classical Music

Liszt liked to call his daring style of music, filled with unusual harmonies and structures, “Music of the Future.” (Perhaps it’s a good thing for classical music that he never heard gangsta rap.) But the prime proponent of “Music of the Future” was Richard Wagner (1813–1883).

Wagner (pronounced “VAHG-ner”) became Liszt’s friend and brother in arms — or, more precisely, son-in-law in arms: Wagner married Liszt’s daughter Cosima (after courting her away from her first husband). If you want to know a bit more about Wagner, read on. 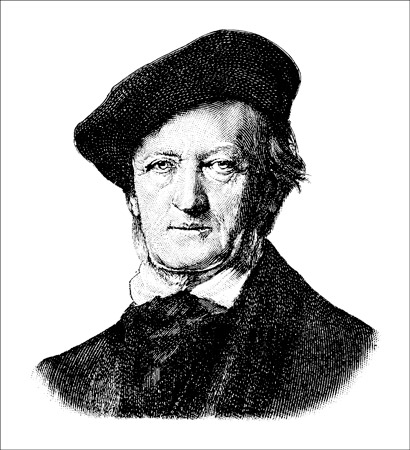 Wagner was an opera guy. He tried to create a new art form, a music drama that married famous German folk tales with great spectacle and great tunes. You’ll soon see why more biographies were written about this man than anyone in history except Jesus. You’ll also see what an arrogant, dishonest, jealous, hypocritical, racist, sexist scumbag Wagner was.

Wagner is included in this particular opus, however, for three reasons:

Here are the best of Wagner’s overtures, in our humble opinion:

And then you should hear Die Walküre: Ride of the Valkyries, just to be able to say that you’ve heard it (if you haven’t already, blasting out of the helicopters in the classic war movie Apocalypse Now).