Johann Sebastian Bach and His Role in Classical Music

Most musicians count Johann Sebastian Bach (1685–1750) among the handful of greatest classical musicians who ever lived. And some would nominate him as The Greatest of Them All. Not just because every one of his compositions is a knockout, but also because every subsequent composer owes a great debt to him. 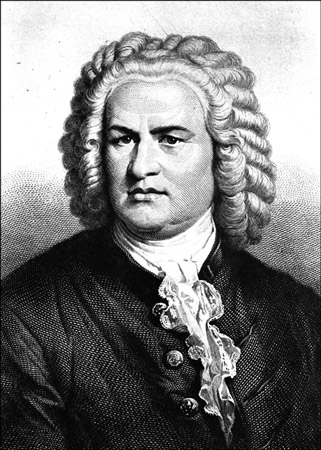 Bach (pronounced “BAHkhh”) got his first big job at age 23: court musician in the city of Weimar, Germany. There he wrote some terrific organ pieces, many of which are still played today.

The fact that these works survive at all is remarkable for two reasons: First, compositions in those days weren’t made to last. A composer would write a piece for a specific occasion, never expecting to hear it a second time. Some of Bach’s immortal sonatas were rescued for posterity only moments before being used to wrap fish or butter.

Second, in the tradition of public unappreciation that persists to this day, most composers and artists remained relatively obscure while still alive. Bach was well-known — even venerated — in the century following his death, but as an organist, not as a composer.

Bach was one of the most highly skilled organists who ever lived. Not only did he have fast, fleet fingers, but he was a mean pedaler, too. People came from miles around to see Johann S. Bach, the guy with the flying feet.

Bach was also a master improviser. He could take almost any tune and make up new music based on it, on the spot, just as jazz musicians do today. That’s the kicker: Because nobody ever wrote down improvisations, we’ll never know what Bach’s on-the-spot flights of fancy sounded like.

Prolific in more ways than one

Bach was another of the most prolific composers. One person would need several decades just to write down all the music that Bach wrote.

But Bach was prolific in more ways than one. With the help of his two wives, Bach had 20 children — that he knew of. Several of those children became composers themselves: Wilhelm Friedemann Bach, Carl Philipp Emanuel Bach, and Johann Christian Bach, to name the most famous ones. They assisted their dad at least in copying out his musical compositions.

At 38, Bach got the last job of his life: cantor at the church of St. Thomas in Leipzig, Germany. In this job, too, Bach was incredibly prolific. He wrote one big choral piece — a cantata — for each Sunday and holiday of the Christian calendar, and then he did that three more times! In all, he wrote at least 215 cantatas.

Bach’s music is full of counterpoint: two, three, four, or more melodic lines played at the same time, creating interesting harmonies. He perfected the art of the fugue — an astoundingly complex composition usually written for four musical lines, or voices. Each melody is similar, but one doesn’t begin until another has already started. (Think “Row, Row, Row Your Boat,” with each person starting at a different time, and you get the basic idea.)

Bach’s fugues involved incredibly complex melodies that, even though they started at different times, wound up sounding good together. That’s the way Bach’s mind worked; he was so good that he could take a musical idea — just about any idea you could think of — and turn it into a fugue on the spot.

If you want to hear more, check out these pieces:

The letters BWV refer to a catalog number, which can help you find the right piece on YouTube, on iTunes, or in a music store.