Shift a Cosecant Function on a Graph 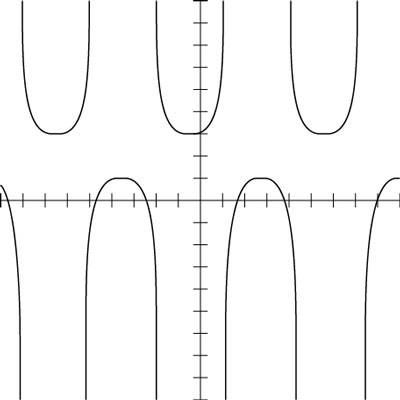 Although the asymptotes are left out, you can still tell where they are — the shape of the graph is pretty clear. 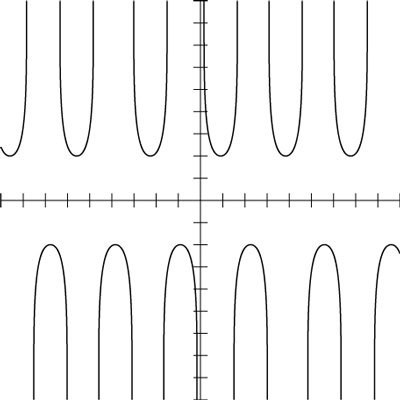 Multiplying by a number changes the steepness and period of the cosecant function. If you multiply the function by 2, the curve gets steeper and has more space between its bottom and top. If you multiply the angle variable by 2, twice as much of the curve fits in the usual amount of horizontal space. The second figure shows both changes in the graph of y = 2csc 2x.