Time plots are used for highlighting data collected over time. The data in the following time chart shows the annual high-school dropout rate for a school system for the years 2001 to 2011. 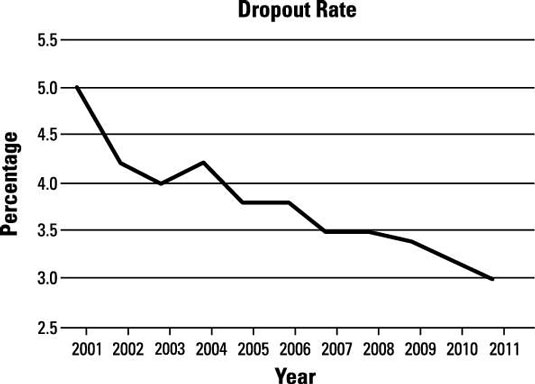