The Three Types of Average – Median, Mode and Mean

Explore Book Buy On Amazon
We use three different types of average in maths: the mean, the mode and the median, each of which describes a different ‘normal’ value. The mean is what you get if you share everything equally, the mode is the most common value, and the median is the value in the middle of a set of data.

Here are some more in-depth definitions:

You use the different averages in different situations, depending on what you want to communicate with your sums.

To find the median of a set of numbers, you arrange the numbers into order and then find the number exactly in the middle:

If you have a list of numbers in order, figuring out which number shows up most often is pretty easy. You simply count the numbers – whichever number you have most of is the mode.

If the data aren’t in a list, I suggest you set up a tally chart to help you count the numbers. 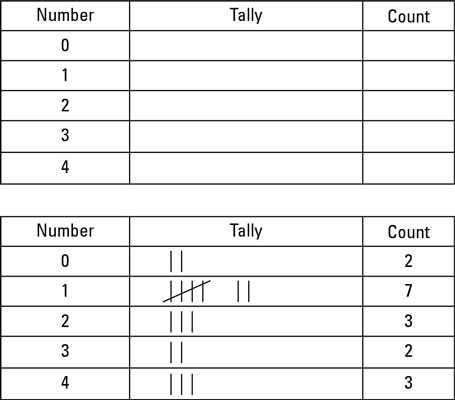 Finding the mode in a table of numbers is very easy: whoever made the table has already done the tally chart for you and counted up the 1s. All you do is find the biggest number in the ‘count’ or ‘frequency’ column. The number labelling that row is the mode.

Working out the mean of a list of numbers

Here’s how to work out the mean of a set of numbers:

Adding up a long list of numbers is a chore. In real life you may use a calculator or a spreadsheet. But in an exam you may not have access to either of those helpful devices.

You can add up longs lists of numbers by working through the list, adding a pair of numbers at a time, and writing the result in the next row. If you have a number left over at the end of the row, just copy that number into the next row and keep going.