How to Recognize Types of Fractions

To work with fractions, you need to know the different forms they take — reciprocal fractions, mixed numbers, proper and improper fractions — as well as the parts they’re made up of — denominators, numerators, and fraction bars. 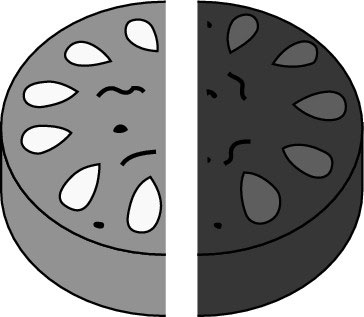 Every fraction is made up of two numbers separated by a line, or a fraction bar. The line can be either diagonal or horizontal — so you can write this fraction in either of the following two ways:

The number above the line is called the numerator. The numerator tells you how many pieces you have. In this case, you have one dark-shaded piece of cake, so the numerator is 1.

Similarly, when you cut a cake into three equal slices, each piece is a third of the cake, as the following figure shows. 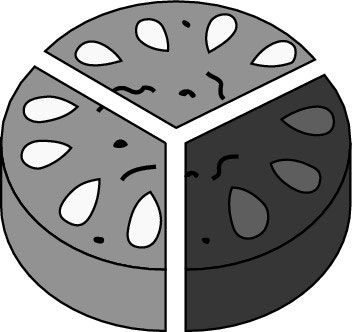 The following figure shows a few more examples of ways to represent parts of the whole with fractions. 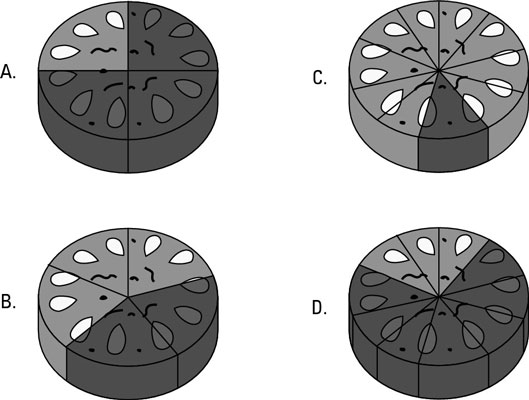 In the above figure:

The fraction bar can also mean a division sign. In other words, 3/4 signifies 3 ÷ 4. If you take three cakes and divide them among four people, each person gets 3/4 of a cake.

When you flip a fraction over, you get its reciprocal. For example, the following numbers are reciprocals:

Ones and zeros in fractions

When the denominator (bottom number) of a fraction is 1, the fraction is equal to the numerator by itself. Or conversely, you can turn any whole number into a fraction by drawing a line and placing the number 1 under it. For example,

When the numerator and denominator match, the fraction equals 1. That’s because if you cut a cake into eight pieces and you keep all eight of them, you have the entire cake. Here are some fractions that equal 1:

The denominator of a fraction can never be 0. Fractions with 0 in the denominator are undefined — that is, they have no mathematical meaning.

A mixed number is a combination of a whole number and a proper fraction added together. Here are some examples:

A mixed number is always equal to the whole number plus the fraction attached to it.

When the numerator and the denominator are equal, the fraction equals 1:

An improper fraction is always top heavy, as if it’s unstable and wants to fall over. To stabilize it, convert it to a mixed number. On the other hand, proper fractions are always stable.