How to Read and Work with Probability Squares 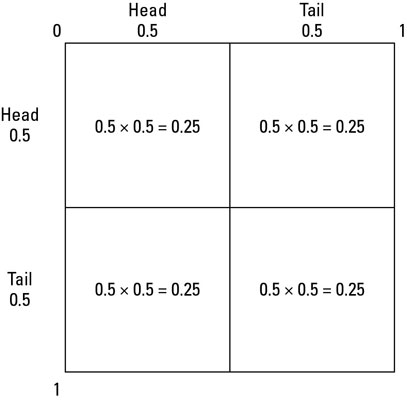 For two independent events, here’s how to use the probability square: