Check out the SAS postulate in action: 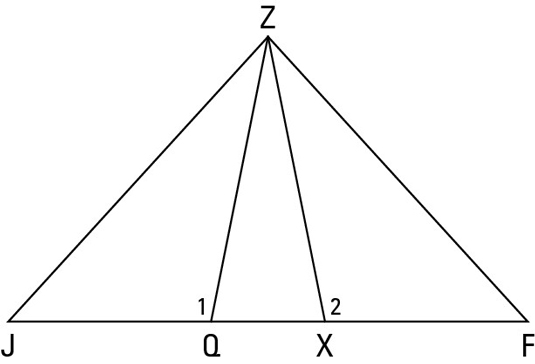 When overlapping triangles muddy your understanding of a proof diagram, try redrawing the diagram with the triangles separated. Doing so can give you a clearer idea of how the triangles’ sides and angles relate to each other. Focusing on your new diagram may make it easier to figure out what you need to do to prove the triangles congruent. However, you still need to use the original diagram to understand some parts of the proof, so use the second diagram as a sort of aid to get a better handle on the original diagram.

The above figure shows you what this proof diagram looks like with the triangles separated.

Looking at the figure, you can easily see that the triangles are congruent (they’re mirror images of each other).

So using both diagrams, here’s a possible game plan:

Reason for statement 6: If two angles are supplementary to two other congruent angles, then they’re congruent.