How to Use the Golden Ratio

The golden ratio is a famous geometry idea with a connection to ancient Greece. (When it came to mathematics, physics, astronomy, philosophy, drama, and the like, those ancient Greeks sure did kick some serious butt.)

The figure below shows the Parthenon on the Acropolis in Athens. 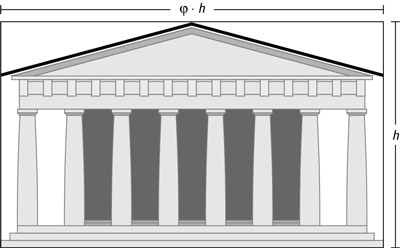 Built in the fifth century B.C., it is an example of architecture that uses the golden ratio.

When you connect the corresponding corners of each similar rectangle, you get a spiral that happens to be the same shape as the spiraling shell of the nautilus — amazing!