How to Prove Triangles Similar with SAS~ 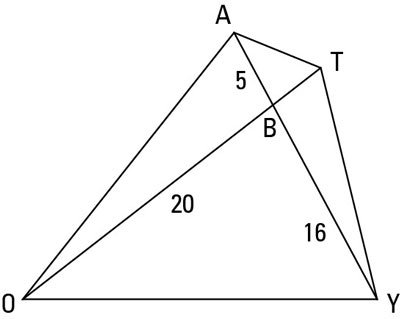 Try using the SAS~ method to do the following proof:

You’re given side lengths in the figure, so the combination of angles and sides should make you think of SAS~.

So you begin solving the problem by figuring out the length of segment BT.

Thus, you can set up this proportion: 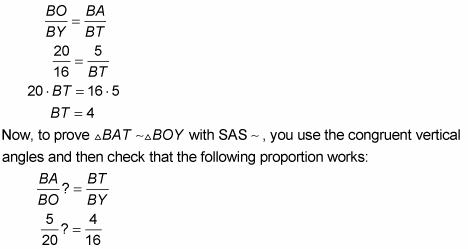