How to Prove Angles Are Complementary or Supplementary

You use the theorems listed here for complementary angles:

The following examples show how incredibly simple the logic of these two theorems is.

Complements of the Same Angle 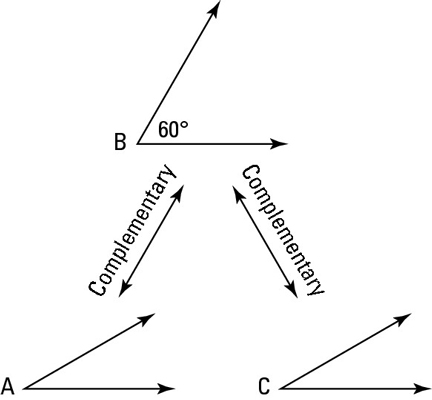 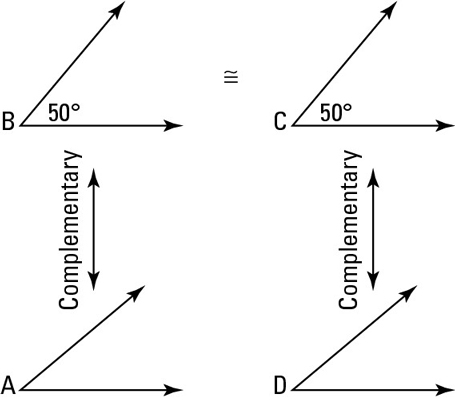 Note: The logic shown in these two figures works the same when you don’t know the size of the given angles 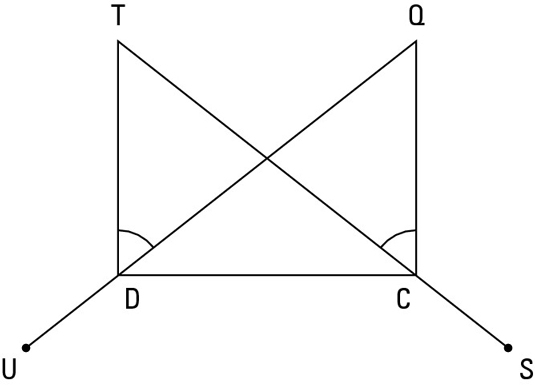 Before trying to write out a formal, two-column proof, it’s often a good idea to think through a seat-of-the-pants argument about why the prove statement has to be true. Think of this argument as a game plan. Game plans are especially helpful for longer proofs, because without a plan, you might get lost in the middle of the proof.

Game plan: In this proof, for example, you might say to yourself, “Let’s see. . . . Because of the given perpendicular segments, you have two right angles.

Here’s the formal proof (each statement is followed by the reason).

Reason for statement 1: Given. (Why would they tell you this? See reason 2.)

Reason for statement 2: If segments are perpendicular, then they form right angles (definition of perpendicular).

Reason for statement 5: If two angles are complementary to two other congruent angles, then they’re congruent.

Reason for statement 6: This is assumed from the diagram.

Reason for statement 8: If two angles are supplementary to two other congruent angles, then they’re congruent.

Note: Depending on where your geometry teacher falls on the loose-to-rigorous scale, he or she might allow you to omit a step like step 6 in this proof because it’s so simple and obvious. Many teachers begin the first semester insisting that every little step be included, but then, as the semester progresses, they loosen up a bit and let you skip some of the simplest steps.