Definitions and Theorems of Parallel Lines 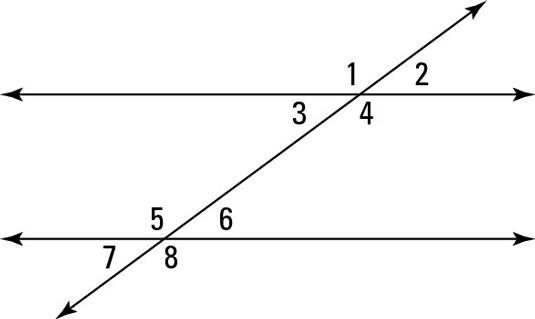 Check out the above figure which shows three lines that kind of resemble a giant not-equal sign. The two horizontal lines are parallel, and the third line that crosses them is called a transversal. As you can see, the three lines form eight angles.

The following theorems tell you how various pairs of angles relate to each other.

Also notice that angles 1 and 4, 2 and 3, 5 and 8, and 6 and 7 are across from each other, forming vertical angles, which are also congruent.