How to Differentiate Inverse Functions

There’s a difficult-looking formula involving the derivatives of inverse functions, but before you get to that, look at the following figure, which nicely sums up the whole idea. 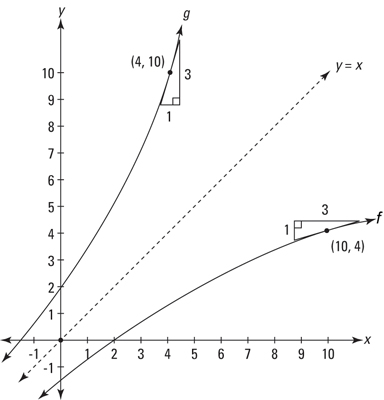 That’s how the idea works graphically.

The algebraic explanation is a bit trickier, however: