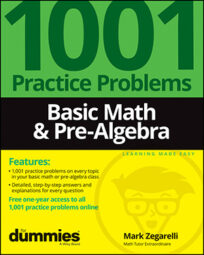 Percents are commonly used in business to represent partial amounts of money. They're also used in statistics to indicate a portion of a data set. As you practice basic math problems, you'll discover that percents are closely related to decimals, which means that they're easier to work with than fractions.