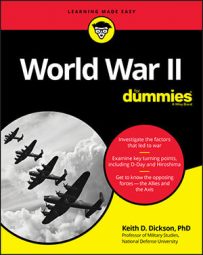 Japan's ambassadors delivered the first part of a final Japanese diplomatic note to U.S. Secretary of State Cordell Hull on December 6, 1941. On the morning of December 7, the final portion of the note arrived from Tokyo to the Japanese ambassadors. The note broke diplomatic relations with the U.S. and provided instructions to destroy the code machines in the Japanese embassy. The ambassadors were to deliver the note in the early afternoon. While the Japanese ambassadors received this information, so too did American intelligence. Everyone understood the note's meaning: War was to be declared that afternoon.

Soon after receiving the note, warnings were sent to American commanders in Hawaii, the Philippines, Panama, and San Francisco with the information that the ultimatum would be delivered at 1 p.m. Eastern Standard Time. Separate messages were sent to the United States army and navy. Somehow, the alert messages bound for Hawaii ended up being transmitted by commercial telegraph and radio. A bicycle messenger, on his way from Honolulu to deliver the coded messages, found himself in the middle of a war.

The attack on Pearl Harbor

War came to America at 7:55 a.m. on a quiet Sunday morning at Pearl Harbor, Hawaii. The base on Oahu Island was the home of the United States Pacific Fleet and about 50,000 American troops. At Pearl Harbor was the largest concentration of U.S. forces in the Pacific.

A fleet of six Japanese aircraft carriers and escort ships stationed itself 230 miles off Oahu and launched its first wave of 183 fighters, bombers, and torpedo planes. They were to inflict as much damage on the fleet as they could. They were to especially target the eight U.S. battleships and two U.S. carriers. They also sought to destroy aircraft parked on the ground.

The first wave of Japanese bombers found plenty to attack. About 200 American ships and smaller craft were anchored in the harbor, and hundreds of warplanes were parked wingtip to wingtip at the airfields (planes arranged this way are easier to protect from sabotage).

A second wave of 170 Japanese aircraft followed up and found the harbor obscured by giant columns of black smoke and antiaircraft fire. During this wave, the Japanese lost 19 aircraft from ground fire and American fighters that had managed to get into the air.

The entire attack lasted only about an hour and fifty minutes.

The effect at Pearl Harbor

The attack on Pearl Harbor killed 2,400 Americans and wounded another 1,200. Of those dead, 1,103 sailors and marines were killed when a Japanese bomb penetrated the forward magazine (the compartment where a ship's ammunition is stored) of the battleship USS Arizona, sinking the ship and the men aboard it. The USS Oklahoma, another battleship, was also sunk with heavy loss of life. The other six battleships were damaged, and so were a number of cruisers and destroyers. Over 340 of the 400 aircraft on Oahu were destroyed or damaged as well.

In the short run, the Japanese accomplished their objective. They had knocked the United States Pacific Fleet out of action temporarily. But how temporarily was the most important issue. In the long run, the United States was able to overcome the damage at Pearl Harbor for the following reasons:

Nevertheless, Pearl Harbor was a bitter defeat for the United States. American territory had been attacked, and American lives had been lost. Pearl Harbor unified the divided and uncertain American population as no earlier action could.

Japan had underestimated the Americans, who they believed would prefer to negotiate rather than fight. To the contrary, America wanted revenge.

Although deeply divided over war issues and neutrality before Pearl Harbor, the U.S. Congress was now united in seeking a declaration of war. As outlined in the United States Constitution, the president must ask Congress for such a declaration, which Roosevelt willingly did. In his message to Congress, Roosevelt captured the emotions of the day:

"Yesterday, December 7, 1941 — a date which will live in infamy — the United States was suddenly and deliberately attacked by naval and air forces of the Empire of Japan. . . . Always will our whole nation remember the character of the onslaught against us. No matter how long it may take us to overcome this premeditated invasion, the American people in their righteous might will win through to absolute victory."

British Prime Minister Winston Churchill had no doubt what Roosevelt's words meant for the British. "So we had won after all!" he wrote. "After seventeen months of lonely fighting and nineteen months of my responsibility in dire stress. We had won the war. England would live; Britain would live; the Commonwealth of Nations and the Empire would live."