The Open Systems Interconnection (OSI) Network layer handles the task of routing network messages from one computer to another. The two most popular layer 3 protocols are IP (which is usually paired with TCP) and IPX (normally paired with SPX for use with Novell and Windows networks).

Every network device has a physical address called a MAC address, which is assigned to the device at the factory. When you buy a network interface card to install into a computer, the MAC address of that card is fixed and can’t be changed.

But what if you want to use some other addressing scheme to refer to the computers and other devices on your network? This is where the concept of logical addressing comes in; a logical address lets you access a network device by using an address that you assign.

For example, if you use IP as the Network layer protocol, devices on the network are assigned IP addresses such as 207.120.67.30. Because the IP protocol must use a Data Link layer protocol to actually send packets to devices, IP must know how to translate the IP address of a device to the device’s MAC address. 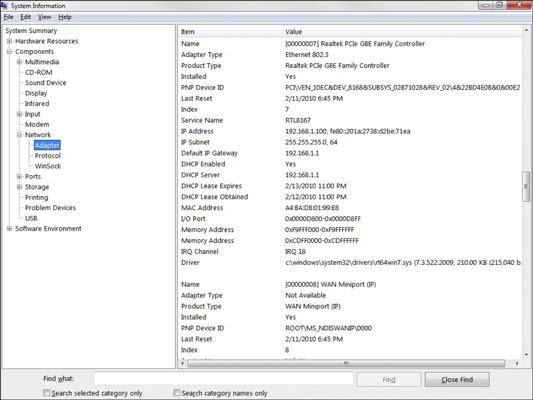 Similarly, IPX addresses consist of two parts: a network address and a node address. In an IPX address, the node address is the same as the MAC address. As a result, IPX doesn’t have to translate between layer 3 and layer 2 addresses.

An important feature of routers is that you can use them to connect networks that use different layer 2 protocols. For example, a router can be used to send a packet from an Ethernet to a Token Ring network. As long as both networks support the same layer 3 protocol, it doesn’t matter whether their layer 1 and layer 2 protocols are different.