Like the seven-layer OSI Reference Model, TCP/IP protocols are based on a layered framework. TCP/IP has four layers, as shown in the following illustration. These layers are described in the following sections. 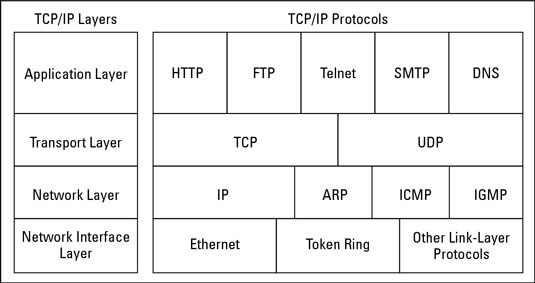 The Network Interface layer is assumed to be unreliable.

The Network layer is where data is addressed, packaged, and routed among networks. Several important Internet protocols operate at the Network layer:

The Transport layer is where sessions are established and data packets are exchanged between hosts. Two core protocols are found at this layer: