The Evolution of Distributed Computing for Big Data

Behind all the important trends over the past decade, including service orientation, cloud computing, virtualization, and big data, is a foundational technology called distributed computing. Simply put, without distributing computing, none of these advancements would be possible.

The most well-known distributed computing model, the Internet, is the foundation for everything from e-commerce to cloud computing to service management and virtualization. The Internet was conceived as a research project funded by the U.S. DARPA.

It was designed to create an interconnecting networking system that would support noncommercial, collaborate research among scientists. In the early days of the Internet, these computers were often connected by telephone lines! Unless you experienced that frustration, you can only imagine how slow and fragile those connections were. 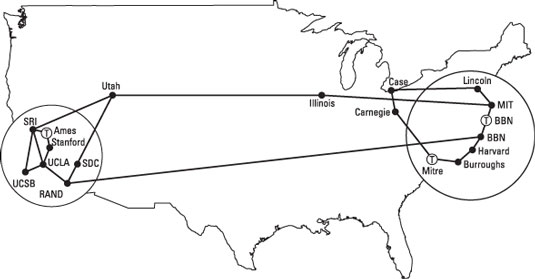 As the technology matured over the next decade, common protocols such as Transmission Control Protocol (TCP) helped to proliferate the technology and the network. When the Internet Protocol (IP) was added, the project moved from a closed network for a collection of scientists to a potentially commercial platform to transfer e-mail across the globe.

Throughout the 1980s, new Internet-based services began to spring up in the market as a commercial alternative to the DARPA network. In 1992, the U.S. Congress passed the Scientific and Advanced-Technology Act that for the first time, allowed commercial use of this powerful networking technology. With its continued explosive growth, the Internet is truly a global distributed network and remains the best example of the power of distributed computing.

The value of a consistent big data model

What difference did this DARPA-led effort make in the movement to distributed computing? Before the commercialization of the Internet, there were hundreds of companies and organizations creating a software infrastructure intended to provide a common platform to support a highly distributed computing environment.

However, each vendor or standards organization came up with its own remote procedures calls (RPCs) that all customers, commercial software developers, and partners would have to adopt and support. RPC is a primitive mechanism used to send work to a remote computer and usually requires waiting for the remote work to complete before other work can continue.

With vendors implementing proprietary RPCs, it became impractical to imagine that any one company would be able to create a universal standard for distributed computing. By the mid-1990s, the Internet protocols replaced these primitive approaches and became the foundation for what is distributed computing today. After this was settled, the uses of this approach to networked computing began to flourish. 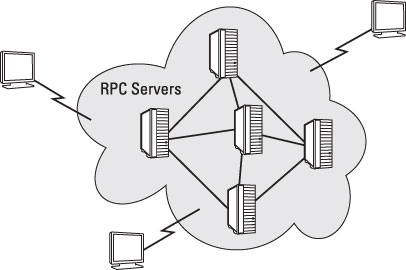