A quantile-quantile plot (also known as a QQ-plot) is another way you can determine whether a dataset matches a specified probability distribution. QQ-plots are often used to determine whether a dataset is normally distributed. Graphically, the QQ-plot is very different from a histogram. As the name suggests, the horizontal and vertical axes of a QQ-plot are used to show quantiles.

Quartiles divide a dataset into four equal groups, each consisting of 25 percent of the data. But there is nothing particularly special about the number four. You can choose any number of groups you please. 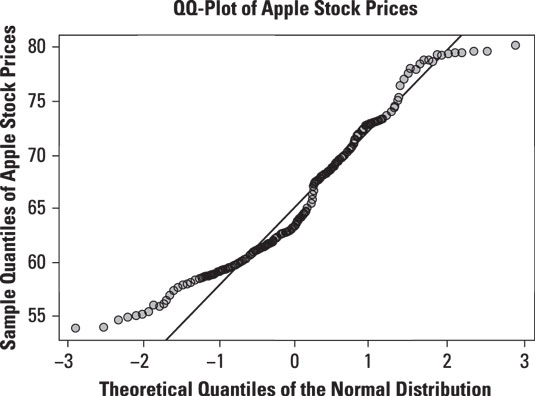 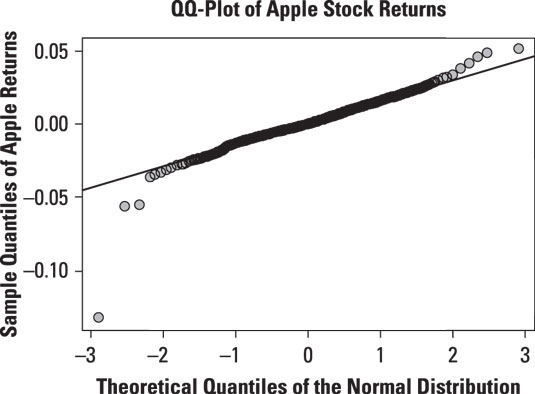