How Much Spread Is There in the Data?

When working with big data statistics, you identify the spread of a dataset from the center with several different summary measures: variance, standard deviation, quartiles, interquartile range (IQR).

Variance is the average squared deviation between the elements of the dataset and the mean. For a sample of data, the variance is computed like this:

The IQR represents the middle 50 percent of the data.

The quartiles of a dataset are best illustrated with a box plot. The following figure shows a box plot of the daily returns to ExxonMobil in 2013. 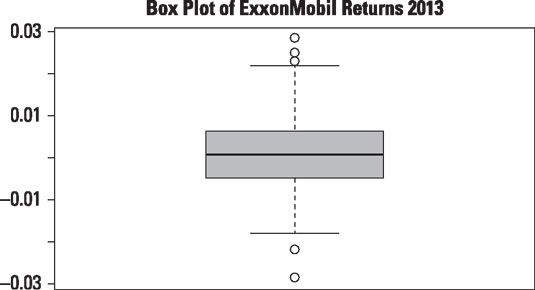 Box plot of daily returns to ExxonMobil stock in 2013. 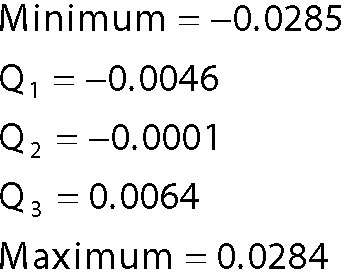